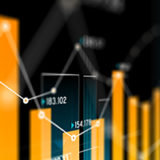 Analytics is a Function, Not a Job Title

I recently read an HBR article that reinforced much of what we’ve been seeing internally at Management Concepts for the last two years: Analytics is a function, not a job title, and regardless of job title, analytics should be a part of every team’s profile. As noted by the HRB authors, you don’t have to be a Data Scientist to work in analytics. Success with analytics requires a “big tent” approach: Everybody in, and everybody all in. 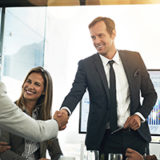 As a new year begins, agencies are also making their resolutions. High on their list are ways to keep employees engaged, energized, and focused on meeting mission goals. These are the top three initiatives we’ve seen when helping our clients identify ways to improve the acquisition workforce. 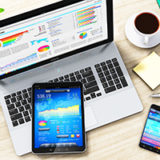 The Test Your Organization Might Not Be Using, but Should

For hands-on courses where participants learn a skill, the evaluation type should match the content of what participants learn. One effective approach is to use a situational judgment test (SJT). SJTs present test-takers with written or video-based scenarios, and ask them to respond in one of two ways: (1) choose how they would likely behave in a given situation, or (2) evaluate the effectiveness of possible responses to a given situation. In the first response type, test-takers can choose the best or worst response from a list of potential responses, rate how effective each potential response option is, or even rank the potential responses in order of effectiveness.