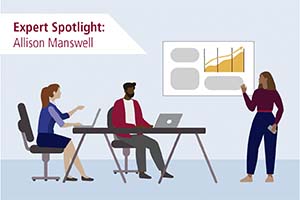 The Shift from Color Blindness to Racial Consciousness

There’s an elephant in our conference rooms regarding race.

It has to do with the fact that we went from an era of color blindness to a moment of racial consciousness in what felt like a few sleep cycles after George Floyd’s killing. Like a dam, the buildup of events and reactions to people’s frustration with the systems that perpetuated the killings of so many Black men and women were pushed to fullness and it burst. To many of those who had not been paying attention, it felt sudden—as if a critical mass of people woke up one morning with a heightened level of racial consciousness, wanting what was necessary to incite change—politically, in day-to-day events, and in places where that change had not been asked of people before: at work.

Since then, we have raised the bar on the expectation of this transition. Leaders and employees have been expected to source their own tools and change management process and join the movement to improve racial equity in our society and organizations.

In fairness, we need to unpack that transition before we can realistically expect everyone to move forward.

There are obvious reasons why conversations and the path to racial equity have been blocked. The ugly history of race in America makes race uncomfortable to talk about. Some people feel that they don’t have the skills or the vocabulary to talk about race. Some don’t think there is an issue anymore or that all this talk about race is essentially a part of the problem. Mostly, people don’t want to offend others.

There was a time when we talked a lot about race. We talked about it at school, at the water fountain, and in the workplace. We didn’t let everybody into our workspaces. Post segregation, when we eventually opened the workforce to everyone, we said ‘come on in, sit down, shut up, and let’s not talk about the past’.

This silence became our way to bridge the awkward gap between segregation and integration. We had noble intentions to fast-forward our progress to where people are judged by the content of their character and not the color of their skin. Our strategy to override discrimination habits and tell people that they should no longer consider race in their decision-making was to tell them to become ‘color blind’.

It was a good starting place but revealed itself as flawed over time because you can’t drive to work, stop at a red light, and then pretend you don’t see the race or ethnicity of your coworker. Ultimately, the implementation of color blindness as a workplace approach causes people in the racial minority group to feel unseen.

How then do we help people to understand the transition between color blindness and racial consciousness?

It is time to take the blinders off and begin the process of reconciling our past with the future we say we want.

Allison Manswell is the founder & CEO of Path Forward Consulting. Manswell’s firm was named to Top 10 DEI Firms and Top 10 Leadership Development Firms list by HR Tech Outlook Magazine. Manswell is also the author of Listen In: Crucial Conversations on Race in the Workplace and the sequel being released this year. Named Most Influential Race Specialist in 2021 and 2022 by Acquisitions International Magazine.