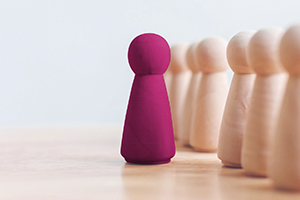 Project sponsors are the official authorizers of project activity. The sponsor is the official who signs off on a project, declaring it a valid effort for the organization to pursue. As with any role, some sponsors are better than others. Some take on their role with zeal, believing that their project is at the heart and soul of the organization’s mission. At the confluence of zeal and authority, you can find true project champions.

Champions are made, not born. They represent the best qualities organizations have to offer. How can you spot a champion? There are at least five key traits:

Those traits are lofty enough that some project sponsors have neither the time nor the energy to actively put them into play. However, as managers, we can enable the traits, helping our bosses enhance their roles in the upper echelons.

Provide management with a succinct, clear mission statement for the project — not the objective statement built into the project charter. Instead, it is a statement that opens with “When this project is done…” It clarifies the states of nature that will change as a result of the project. It provides a shared vision of what the project brings to the organization. The sponsor will not naturally create such a statement. We can do it for them.

An open door is a wonderful invitation. Have a project meeting or retrospective on the horizon? Invite the sponsor. Give them a chance to remind the team how much its efforts matter on a grander scale. Remind the sponsor that this is their team, and encouragement is always welcome.

Ronald Reagan famously said, “There is no limit to the amount of good you can do, if you don’t care who gets the credit.” When serendipity presents itself on the project, project managers can take the credit, or they can point to the aspects to which the sponsor contributed. Spreading the credit around ensures that team members know that the sponsor is aware of current activity and is working in the project’s best interests.

Years ago, when my 1973 VW Beetle blew an engine, my father went from sponsor to champion by contributing $800 for a 1972 Dodge Dart. As managers, we need to clarify to our sponsors that it’s not always serious cash involved in putting a project back on track what really matters. A reasonable gesture of financial or physical support need not be lavish. But a champion will recognize what it can mean to the team. As management, your sponsor needs to be kept alert to which gestures, even small ones, matter to the team.

Perhaps the one thing that separates the sponsors from the true champions is a willingness to use their clout. It’s not something that their project managers can drive. It is something that their project managers can applaud. Champions who express all of the other champion traits without hesitation or fear quickly migrate to the highest echelons of champion status. By applying their clout to truly create and advance the organization (from the top levels to the bottom), they are seen as elder statespeople, agents of change, and effective leaders.

Because champion status requires champion attitudes, it’s not easy to convert a run-of-the-mill sponsor to a champion. But, by emphasizing and pushing these traits forward, we can nudge our sponsors in the right direction.