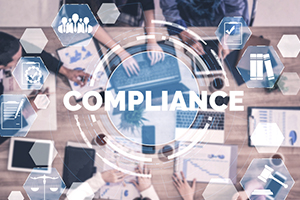 A few months ago, the Government Accountability Office’s (GAO) annual review of DOD contractor labor practices was published. The report culls through practice standards established by the Occupational Safety and Health Administration (OSHA) and the Fair Labor Standards Act (FLSA) to distinguish between willful, repeated, and willful and repeated violations.

The study analyzed Federal Procurement Data System-Next Generation (FPDS-NG) data to identify over 114,000 companies with contracts with DOD in fiscal years 2015 through 2019 records over the past five years and found that 99% of the records were in full compliance with FLSA and OSHA standards. The report provides powerful object lessons about how managers can ensure that personnel are fully protected.

The few outliers were cited by violation standard and nature. As you can see below, most of the violations were repeated (not willful).

The vast majority of contractors were not endangering their personnel and were reporting overtime and labor hours in a timely fashion. It is comforting to see that the willful and willful and repeated instances were quite rare.

We should take this opportunity to step back and cheer the DoD contractors who protect their personnel from the host of perils that the work environment can present. It’s an opportunity to acknowledge the administrative mountains climbed by contractors who track every nickel paid and every overtime minute incurred.

While the GAO’s mission is to hold government agencies to account for their spending, it’s equally important to acknowledge that federal agencies, and the contractors who assist them, regularly face monstrous challenges.

Contractors who complied with the OSHA and FLSA standards should be acknowledged for their consistent efforts and encourage underperforming peers to do likewise during the next five-year period.

Tragically, in the government setting, all too often, the accolades for such performance are buried deeply below the sad news of outlier behaviors. Reports like this from the GAO open the door for significant praise opportunities from all echelons within federal entities.

Executive managers can speak to large swaths of agency personnel and leverage these opportunities to call out safe and responsible behavior. By publicly identifying outstanding performance, executives show what they value the effort and allow others to see a chance for similar acknowledgment.

Project managers see the contractors as their partners. The partnership arrangement between the vendors and us is a bond that requires consistent refreshment and renewal. Again, a report like this opens that door. By calling out the stats within DoD and identifying partners who share the majority’s traits, we encourage future positive actions.

The old saying about problems rolling downhill resonates well within integrated project teams (IPT). Data like this provide opportunities to let the good news roll uphill and to remind contractors who work on federal teams that their comportment reflects directly on the IPT as a whole. If they can perform well in OSHA and FLSA audits for years on end, they make the entire team look good. One of the keys to being a team is understanding that one member of the team’s actions reflects on everyone.

Audits like the one described above are often seen as slaps on the wrists of the one percent who fail them. We should not miss the opportunity to celebrate the 99% that meet or exceed expectations.