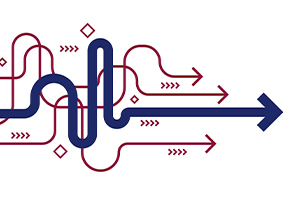 Pivoting Agile Servant Leadership in the Time of COVID-19

While this blog’s title is packed with buzzwords, each word has a deep and profound meaning for modern leaders. At a time when Management Concepts is rolling out multiple new courses on leadership, the practice of leadership itself is shifting. Due to the current global pandemic, leaders at every level are presented with an opportunity to sharpen their skills and prove that they are up to the task. As they deal with new situations every day, they provide a combination of leadership and support to those around them.

There was extraordinary evidence of this recently when Barry Ronan, president of the University of Pittsburgh Medical Center-Western Maryland (UPMC-WM), spoke for a half-hour on a local radio talk show. Ronan took a 20-minute on-air opportunity to truly lead. UPMC-WM is at full capacity. Local media and Governor Larry Hogan have expressed deep concern about the well-being of citizens in the service area. Rather than becoming defensive, Ronan expressed that UPMC is ready.

He explained that they have planned and continue to plan for over-capacity situations. In a reassuring tone, he explained that they are drafting nursing support from the nursing students at the university. He clarified that some individuals accustomed to private rooms might have to live with semi-private accommodations for a while, but that was little to ask when considering the magnitude of the situation. He calmly pointed out that the hospital has been, and continues to be, a bulwark against the virus.

In a 20-minute on-air opportunity, the little local hospital took on a Little Engine That Could kind of feel—thanks to the servant leadership of its president.

Ronan is just one small example of the crucial nature of leadership in any environment. Given the day-to-day of hospital administration, it’s unlikely he woke up that morning believing, “this is the day I’ll reassure our entire community that we’re going to get through this together.” More likely, he was wrestling with some logistics concern when the call came through.

But, in any case, he was prepared.

In a time where “pivot,” “Agile,” and “servant leaders” are watchwords of the business community, they have little meaning until they are put to use. Individuals at every level are now expected to pivot. Those around us anticipate that we’ll step up to the responsibilities that shift daily. Leaders show us how it’s done.

Every organization has people at the top. Many organizations still struggle with getting leaders. The growth opportunities presented in a change-a-minute universe are legion. They start with adaptability and a recognition of the needs of those they lead. As adaptive servant leaders, every person at every level of an organization can build a better organization.

Leaders throughout history have come from unlikely places.