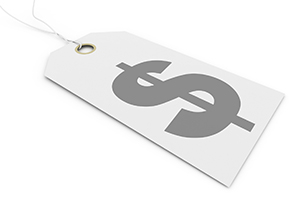 No Price, No Problem for New Multiple-Award IDIQ Contracts

For decades, a standard requirement in the federal contracting process has been that price must be an evaluation factor in award decisions. That requirement is no longer true for certain contracts issued by the Department of Defense (DoD), National Aeronautics and Space Administration (NASA), and Coast Guard.

Section 825 of the Fiscal Year 2017 National Defense Authorization Act (Pub. L. 114-328) permits contracting officers from these agencies to omit price or cost as an evaluation factor in solicitations for multiple-award indefinite-delivery/indefinite-quantity (IDIQ) contracts.

Although the statute was enacted in December 2016, it was not incorporated into the Federal Acquisition Regulation (FAR) until August 3, 2020. The regulatory rule implementing the act permits DoD, NASA, and Coast Guard contracting officers to omit price or cost as an evaluation factor for the award of multiple-award IDIQ contracts provided that the resultant contracts will:

It should be noted that this new authority does not apply to certain small business multiple-award contracts issued by these agencies. Price or cost must still be evaluated for multiple-award IDIQ contracts that allow sole-source orders pursuant to section 8(a) of the Small Business Act (15 USC 637(a)).

This new rule saves time and money for industry and the Government. Prior to this regulatory change, DoD, NASA, and Coast Guard contracting officers were required to evaluate price or cost as a factor in the selection decision for the award of the multiple-award contracts and each order placed against them. When applied to applicable multiple-award solicitations, the new rule alleviates offerors’ need to gather and analyze internal cost or pricing information or propose a price or cost for each line item in the solicitation. Subsequently, contracting officers do not need to review, analyze, and determine in writing that the proposed costs and prices are fair and reasonable for the award of the multiple-award contracts. Instead, DoD, NASA, and Coast Guard contracting officers may now require that cost or pricing information be submitted only at the order level.

Presently this new authority has only been implemented in the FAR for DoD, NASA, and the Coast Guard. However, the General Services Administration (GSA) issued an Advanced Notice of Proposed Rulemaking (ANPR) on August 19, 2020, to announce its intent to permit the same practice for the Federal Supply Schedule Program and other GSA-issued IDIQ contracts. Authorization for the regulatory change is provided by Section 876 of the Fiscal Year 2019 National Defense Authorization Act (Pub. L. 115-232). GSA has yet to propose details on its regulatory implementation of the new authority. Rather, it issued the ANPR to encourage interested parties to submit comments on how this should be accomplished. Feedback can be provided no later than September 18, 2020, through the Federal eRulemaking portal at www.regulations.gov. Submissions should be directed to GSAR Case 2020-G502.

Steven Simpson serves as General Counsel, Corporate Secretary & Chief Risk Officer at Management Concepts. He provides legal advice for the activities of the company in support of its business goals. Steven holds a BA in Political Science from the University of Rochester and graduated summa cum laude from the American University Washington College of Law. He also graduated from The George Washington University Law School in Washington, DC, with a Master of Laws in Government Procurement Law and from the University of Nottingham, UK, with a Master of Laws in Public Procurement. Steven is a member of the New York, District of Columbia, and Virginia bars.