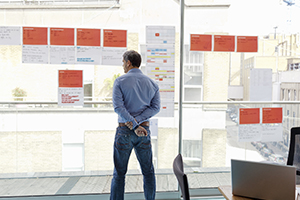 The Responsibility-Authority Dilemma — and the Cure

For decades, project managers have lamented that they have “all this responsibility and no authority.” The tragedy is that they do have authority, but not the type that they would like. Project managers would love to be able to put themselves at the top of the organization chart. The glory. The clout. The ability to hire and fire.

Larson and Larson looked at this 15 years ago, making the case that if project managers had more formal authority, they’d be able to rein in all of the evils of weak requirements and wayward vendors. It isn’t until the end of their study that they touch on the heart and soul of the cure for the responsibility dilemma. That cure is the exercise of the myriad other forms of authority available to project managers in the day-to-day execution of their projects.

Three primary alternate forms of power are expert/technical authority, reward authority, and charismatic authority. Any one of these three is powerful; in concert, they are unstoppable.

Unleashing Expert/Technical Authority
Many of those reading this article have a certification of some type. PMP, CSM, MBA, CPA. Pick your bits from the alphabet soup. Why carry these certifications? They convey credibility. They open the door to a conversation regarding the true essence of a profession. Oh, so you’ve done earned value for almost 20 years? I happen to have my Earned Value Professional certification from the Association for the Advancement of Cost Engineers International.

Credentials level the playing field. They clarify that we have a certain level of knowledge requisite to laying claim to authority. On a slightly different plane, we can build that authority just by knowing an organization and how it functions. The first person to figure out the procurement maze or the new data storage software has a definitive edge in drafting others in support of her/his efforts.

Reward Authority and the Dangers Therein
There are limited rewards available to many managers, and a common mistake is to take those few at our disposal and slather them liberally across as many people as we can. A modicum of praise offered too often loses its power, when we intended to build our authority. Alexander Pope figured this out in the late 1700’s when he wrote of damning with faint praise. Want to reward someone and win their support? Want to provide a bonus and gain authority? Make it genuine. Find effort that is truly reward-worthy. Make it rare.

And with a once-in-a-blue-moon public accolade, it’s not just a matter of a few words of praise. It elevates both the individual being praised as well as the individual offering it. Pope’s faint praise is the 18th-century equivalent of a participation trophy. It doesn’t build authority. It collects dust.

Charismatic Authority and the Power of the Ear
Perhaps the single most powerful form of alternative authority is that of charisma. It is not some dark, Svengali-like power that draws us inexplicably inward. It is instead a sense of grace and good favor. Those who seek authority would be wise to note that most individuals who have formal, organizational authority get there by virtue of a degree of charisma.

True power and the ability to get others to do work as requested and required is not borne of barking out orders. It flows from the sense of shared responsibility and empathy for the impact of the requests.

To win hearts in a high-responsibility, low-authority environment, the greatest power comes from the project manager’s ear. Listening to, echoing, and empathizing with those we work with provides a sense that the work at hand is a mutual endeavor with mutual understanding and reward.

The Cure — Blending the Alternatives
The perfect player in the high-responsibility, low-(formal) authority environment is the individual who can muster all three of the alternate forms of authority. In order to distinguish that person, look for someone who never stops learning about the craft, the environment, and the personnel who get the job done. Seek out people who offer praise only when merited and meaningful. And find those who listen and listen well.

As you envision that individual (yourself, perhaps?), note that it is someone you can look upon with favor, grateful to be in their professional circle.