Categories Menu
Home » Human Capital » What is the Origin of Labor Day? 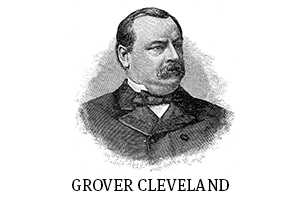 What is the Origin of Labor Day?

September 2, 2019, marks the 125th anniversary of Labor Day as a national holiday. This celebration originated with acknowledging the contributions and achievements of American workers associated with labor unions. Today, many people view Labor Day as a day off, time for barbeque picnics, and a parade. For most of us, it marks the end of summer when the swimming pools close, kids go back to school, and let’s not forget Labor Day sales!

It hasn’t always been this way. The first Labor Day celebration took place in New York City on September 5, 1882 and consisted of a street parade that demonstrated the strength and spirit of the local trade and labor unions and a festival to entertain their families.

Over the next decade, Labor Day celebrations spread first to Colorado, Massachusetts, New Jersey, and Oregon, then to Connecticut, Nebraska, and Pennsylvania, and finally to an additional 23 states before it became an official national holiday.

In 1894, a railroad car factory in Chicago slashed wages, leading to a massive strike and boycott involving more than 125,000 workers. The strike shut down the railroads, causing such a severe disruption that President Grover Cleveland sent in US Marshalls and Army troops to break it up. Thirteen workers lost their lives, and 57 were injured. After this event, on June 28, 1894, President Cleveland eased tensions by establishing Labor Day as a national holiday that has been celebrated on the first Monday of September ever since.

The early Americans who worked 12-hour shifts, seven days a week fought for fair wages, eight-hour workdays, days off, health insurance, life insurance, safe working conditions, and minimum age requirements. Over time we have continued to expand the rights and protections we enjoy as American citizens. For example:

Whether you are a government employee or private citizen, Management Concepts thanks you for your achievements and contributions as a member of the American workforce and wishes you a splendid Labor Day celebration.

Natalie Komitsky is the Content Marketing Manager at Management Concepts. For more than ten years, she has been creating compelling content that tells stories, communicates ideas, and captivates readers. She holds a Bachelor of Arts degree in English, Nonfiction Writing and Editing from George Mason University.