Posted by Management Concepts on Apr 4, 2019 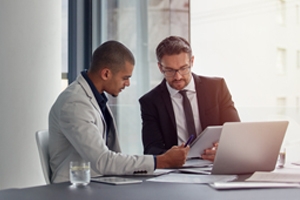 When you hear the word “coach,” what’s the first image that pops into your head? For many, it’s a throwback to high school sports, where a coach doesn’t just help you win games — a coach helps you grow as an athlete. For others, it could be someone else, like a professor in college, a musical director, a military officer, a boss, even a family member. A coach is anyone who provides guidance, fosters your growth, and helps you to succeed in your role.

In the professional world, coaching is one of the most personal, in-depth and effective training methods available to adult learners, particularly managers and leaders. It allows the coachee to get highly-personalized training and guidance to improve their skills, grow as an employee, and develop their career. While time-consuming and often costly, it boasts some of the highest success rates. Coaches get the attention and “care and feeding” they need to fully understand and implement their new skills. Federal Government management leadership coaching and training professionals, however, are still emerging.

During this transition, it was identified that top Federal management personnel needed extensive training on personal skills, such as communication and emotional intelligence. Assigned work and individual offices became collaboration and team rooms, while managers transformed from delegators to leaders. Many managers, often in the twilight years of their careers, had to adjust to this distinct culture shift.

And this is where the Federal Government turned to coaches. The best answer to helping managers grow in their “new” positions was coaches who could help teach managers how to interact in these new work environments.

The Federal Government looks at coaching primarily from a managerial level. Coaching is incredibly personal, and as aforementioned — time-consuming and costly. Training managers how to manage interactions with their employees is much different than teaching analytics to a data analyst. It requires a more in-depth, tailored approach that works best for that person.

An Example of Coaching in Action

According to the Office of Personnel Management (OPM), coaching is defined as, “Partnering with clients in a thought-provoking and creative process that inspires them to maximize their personal and professional potential.”

Coaching is still largely used at the managerial level. It’s proven incredibly effective for succession planning — a process that allows managers to prepare for retirement and fill their role with a new manager. A coach is helpful in this activity because they can act as an advisor to the retiring manager, advising them on how to pick someone and what the succession plan should look like.

In 2017, OPM identified the average age of Federal Government employees was 47.5 years old, with over 45% of Federal employees aged 50 or above. The current average retirement age in the Federal Government is 60-63, consequently, a massive retirement wave is on the horizon, which will no doubt lead to a widespread transitional period as younger generations take the reins. With coaching being so successful with succession planning, it will most likely be just as important for the upcoming transition, as well as training new Federal managers!

We are already witnessing work environments moving rapidly from structures old and rigid to looser, fluid structures. Companies are investing in leadership development and retraining for their employees at an unprecedented rate. Coaching has already proved effective in the Federal Government and internationally. With the administration looking to create the Workforce for the 21st Century, as outlined in the President’s Management Agenda, its role can only expand from here.