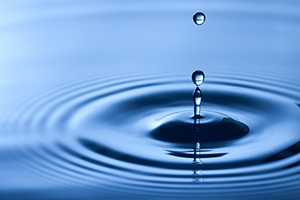 I’ve already written about the evaluation section of “Delivering Government Solutions in the 21st Century,” the Trump Administration’s outline for reorganizing the Federal Government. Now, I’d like to focus on the potential movements of grant makers and programs.

I’d like to start by stating that any significant adjustments to an organization, be it mergers or eliminations, have a significant impact on the people affected. Sitting on a client site in 2004 during years one and two of the Department of Homeland Security taught me that change management and culture considerations are as important, if not more, to the success of the change as the gained efficiencies.

Back to some of the proposals.

This could be the most ambitious and contentious of the Administration’s proposals and definitely requires Congressional authorization and appropriations for it to happen. But when it comes to looking at the grants part of Labor and Education’s business, there are some details to be hammered out, such as:

These same questions apply to some of the other proposed movements, including the consolidation of food assistance programs under Health and Human Services (to become Health and Public Welfare), housing at HUD, and the long-term efforts to bring State and USAID together.

Over the years, Congress has established several standalone Commissions and Agencies in reaction to meeting a specific need. These organizations manage grants to carry out their policy missions. The Administration proposes the following moves:

From the back-end, what you need to make a government agency work, perspective, these proposed moves make sense. For instance, sharing IT and human capital resources. However, the proposed changes will still need to abide the Congressional intent of these commissions and programs in their authorizing statutes. This could mean that the new organization is still managing many “special snowflake” programs.

The proposed Government Effectiveness Advanced Research (GEAR) Center is an organization that will be set up to fully utilize the option of fixed-amount awards. I think that this proposal will take some of the best practices and efforts in government that have occurred in the past 15 years. For example, issuing more “challenges” and improving public-private sector collaboration. Pulling “innovation” into an incubator setting could help with the conundrum of long-established agencies: “How do I innovate and meet the huge amount of compliance requirements?”

Experienced grant recipients and applicants know and use the information put out by the Census everyday as part of their proposals. Further, Census data affects how much and where Federal grant dollars are distributed. The Bureaus of Economic and Analysis (BEA) and Labor Statistics (BLS) also collect and manage vast amounts of data about our Nation.

Like the proposal to move smaller grant programs into larger organization could have some back-end efficiencies. What the grants community needs to track is if key data sets will be maintained, expanded, or archived. My hope that this proposal, if implemented, would include a plan to grow the data-making capability of the Government.

Since I started in the grants world, I’ve observed that grant programs develop their own cultures consisting of the funders and recipients. In some cases, grantee organizations have been established, advocate for the continued funding of their programs, and hold conferences where Federal employees can impart information. Some examples include the National Head Start Association, National Homeland Security Association, and National Association of HBCU Title III Administrators.

It’s conceivable that if there are mergers at the Federal level, there could be similar impacts among stakeholder groups. At the very least, some new association relationships and partnerships could result.

I encourage everyone to spend a bit of time going through these proposals. All parts of the Government are affected. Let’s stay tuned together.