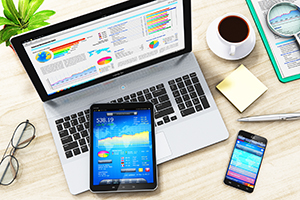 This poem introduced a number of concepts into our common understanding, particularly the metaphors of the albatross and being surrounded by something (in this case, water) that is of no use in its present form. Both metaphors apply to the current status of organizational decision making in both Federal and private sector. Like the ship in the poem, we are surrounded by data. But the question is whether we use the data to make decisions – are the data just data? Or can they drive decisions? Can they be evidence? Are these data points an opportunity or an albatross? Can this data be the water surrounding us that we are unable to drink?

One recent public law is trying to clarify and rectify this situation. The Commission on Evidence-Based Policymaking (CEP) was established by the bipartisan Evidence-Based Policymaking Commission Act of 2016 (P.L. 114-140), jointly sponsored by Speaker Paul Ryan (R-WI) and Senator Patty Murray (D-WA), and signed by President Barack Obama on March 30, 2016. The Act aim to address the use of existing data to improve how government programs operate. The mission of the Commission was to develop a strategy for increasing the availability and use of data to build evidence about government programs, while protecting privacy and confidentiality. In September 2017, the Commission issued their report outlining recommendations to improve data access, strengthen privacy, and enhance government capacity for building evidence for recommendations.

I attended the CEP’s briefing of the report hosted by Washington Evaluators, a professional association that I recently joined. I also attended a session last week at American Evaluation Association’s Evaluation 2017 which also highlighted the report. These panels discussed the results of CEP’s final report. The most interesting and relevant points from my point of view is the recommendations related to increasing capability in evaluation. To be able to evaluate the effectiveness of programs, and use the available data, Federal agencies need to focus on building their evaluation competency.

I’ll close with some simple guidance: It is difficult to deal with the volume of data we have available to improve our decision making. But our operating environment does not have to be “data, data everywhere.” Small efforts can make a big difference. Most organizations in the private sector are not yet at this level of sophistication. There is hope, though, in keeping it simple – by choosing and using the right evaluation approach and the right analytics for the right questions, your organization can do evidence-based decision making and turn the data you have into an opportunity instead of an albatross.

Learn more about our training and services to help your organization increase its evaluation capabilities.