Categories Menu
Home » Acquisition » With Protests on the Rise, What Can Agencies Do? 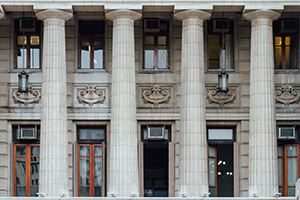 With Protests on the Rise, What Can Agencies Do?

The Government Accountability Office’s (GAO) Bid Protest Annual Report, published at the end of 2016, revealed that the number of protests increased for the third consecutive year. Furthermore, GAO’s statistics show that bid protests have been climbing for the last several years:

The fact that there is an increase probably isn’t a surprise to anyone involved in the world of Federal government contracting. Taken in the context of the budget battles of 2017 (those looming and those in progress), last year’s increase may be a sign of more to come.

There has always been a strong relationship between budgets, agency spending, and protests.

When departments and agencies have fewer dollars to spend, there are fewer contracts awarded. So, each award becomes more important to the offeror.

GAO noted that the top four reasons for a protest to be sustained were:

Given the protest statistics, what can agencies learn from GAO decisions and how can they protest-proof their awards?

First, understand GAO’s position and recognize there are universal themes found in the words GAO includes in many if not all of its decisions, specifically “sustained” and “denied.” These words provide insight on GAO’s focus and intent when reviewing a protest. Here’s a description from the GAO:

Many of the cases where GAO sustained the protest include the following statement: “the agency failed to … document [their decision and/ or evaluation] therefore we cannot consider their evaluation.”

Testimony without well documented reports and evaluations does not necessarily persuade the court.