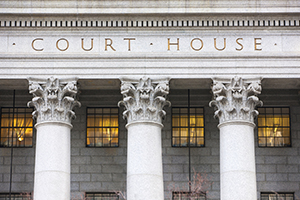 And grants professionals should read them.

If you’ve followed me and Shane via this blog and eClips, you’ve already read, “grants are policy tools,” in some form or the other. The Federal government uses grants to drive policy goals, objectives, and outcomes. Policies change with Administrations.

I often am so focused on the activities of the Executive Branch, its activities, and its interactions with grantees that I block out an essential part of every single Federal financial assistance – Congressional authorization. Of course, when Congress originally authorizes a grant program, its original intent can be very different from the implementation of policies in the here and now.

The requirement for the Executive Branch is to follow the authorizing laws for grant programs.

However, in court, the Congressional intent (the stated purpose of the grant program) comes significantly into play.

No matter which side of the issue you’re on, if you’re working in or with Federal grants, I recommend following the President’s Executive Order (E.O.) and its path through the courts. Read news stories at the local and national levels.

If you’re brave, read the Order Granting the County Of Santa Clara’s and City and County of San Francisco’s Motions to Enjoin Section 9(A) of Executive Order 13768.

Below are some of the issues that the grants community will need to follow with regards to this case. They’re also issues that apply to many if not all Federal grant programs.

If nothing else, you’re now more aware that the laws that govern the authorization and appropriation of Federal funds are complex. And that it might be time to brush up on that knowledge from your high school government class.

(Thankfully, I’ve been reviewing our soon to be refreshed Federal Assistance Law course. My ability to read the Orrick ruling with some degree of understanding has been greatly enhanced.)