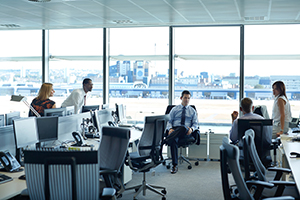 Since the inauguration, the Trump administration has taken significant action, through executive orders and memorandums, which may affect Federal grants. The extent to which grants management will be impacted is still unclear; however, it is important for Federal awarding agencies and grant recipients to keep themselves informed.

One immediate impact for the grants community is that the Office of Management and Budget (OMB) website is currently not available. The OMB website contains grants-related documents such as the 2016 Compliance Supplement, guidance on 2 CFR 200, and required grant forms. Fortunately, the OMB website has been archived and grants-related documents can be accessed here and required grant forms can be accessed through Grants.gov or through the websites of funding agencies.

For the Environmental Protection Agency (EPA), there was initially some confusion regarding an email sent to employees following the inauguration. The Washington Post reported that the email read, “New EPA administration has asked that all contract and grant awards be temporarily suspended, effective immediately.” One week later, on January 27, the Acting Administrator for the EPA announced via email that the temporary freeze had been lifted.

The White House also issued a memorandum that institutes a governmentwide hiring freeze for all new and existing positions. The directive exempts positions related to the military, national security, and public safety. On January 25, OMB released a memo providing additional details regarding the hiring freeze. Federal News Radio posted a copy of the memo on its website. The hiring freeze will likely affect grants by reducing Federal personnel, which may delay making awards and reduce monitoring.

Another memorandum, entitled “Regulator Freeze Pending Review,” prevents agencies from implementing new regulations until a Presidential appointee has assumed office for the agency. Additionally, any approved regulation that has not taken effect has been delayed for 60 days. OMB was currently in the process of amending 2 CFR 200, and the memorandum will likely delay the release of any changes.

Finally, on January 30, an executive order was issued requiring agencies to repeal two regulations for every proposed regulation. The executive order directs OMB to issue further guidance, so the extent to which grants management will be affected is unknown.

To help you stay informed of all the changes, Management Concepts Federal Grants Update Course provides training and guidance. We will also continue to update our blog page as new developments occur.

Stay tuned and stay informed—subscribe to our blog, and keep the discussion going by commenting below!