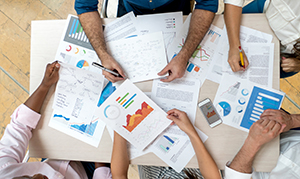 Five Months Until the DATA Act Deadline: An Implementation Update

The deadline for agency implementation of the Digital Accountability and Transparency Act (DATA Act) is just five months away. By May 8, 2017, all Federal agencies must comply with the DATA Act, which requires agencies to report spending data using the governmentwide data standards.

Since President Obama signed the DATA Act into law in May 2014, Federal agencies have been developing plans, instituting new information systems, and testing their ability to meet the law’s requirements. Implementing the law has required a tremendous governmentwide undertaking to compile and validate data from hundreds of non-integrated computer systems across the Federal government.

On December 8, 2016, the House Subcommittee on Government Operations held a hearing entitled “DATA Act Implementation Check-in.” The Subcommittee heard from representatives from the Government Accountability Office (GAO), the Office of Management and Budget (OMB), and three Federal agencies. On the same day as the hearing, the GAO released a new report, “DATA Act: OMB and Treasury Have Issued Additional Guidance and Have Improved Pilot Design But Implementation Challenges Remain,” which examined the government’s progress to meeting the law’s requirements.

At the Subcommittee hearing, the GAO testified that significant steps have been taken “toward implementing the act’s various requirements,” but significant challenges remain to meet the May 2017 deadline. Based on their review of the 24 Chief Financial Officers (CFO) Agencies’ implementation plans, GAO identified the following challenges:

To mitigate these problems, GAO identified seven strategies that agencies are currently using:

During the Subcommittee hearing, OMB testified that “significant” progress has been made and highlighted steps that have been taken to further the implementation process, including:

Officials from the Treasury Department and the Small Business Administration (SBA) highlighted their respective agency’s successes and achievements. David Lebryk testified that the “Treasury is on track to meet our goals for the governmentwide implementation of the DATA Act” and that the re-design of USASpending.gov will be completed in May 2017. Timothy Gribben noted that the SBA has “the distinction of being the first CFO Act agency to complete its implementation work, six months ahead of the May 2017 implementation date.” Due to their success, SBA has been able to identify four key benefits from the DATA Act:

The Subcommittee also heard updates regarding the grant and procurement pilot programs. Section 5 of the DATA Act requires OMB to develop recommendations for reducing the reporting burden on grant recipients and contractors. The GAO found that both pilot programs have demonstrated “substantial improvements” in the last few months.

For the grants pilot program, OMB partnered with the Department of Health and Human Services (HHS) to test six opportunities to reduce grantee reporting burden. OMB is expected to release a final report on the grant pilot program in August 2017.

The procurement pilot program, which the OMB has partnered with the General Services Administration (GSA) to conduct, has encountered some difficulties. Last month, OMB delayed the launching of the portal to conduct the program due to cybersecurity concerns. OMB currently expects the procurement program to begin in January or February 2017, with a final report issued in 2018.

The implementation process varies from agency to agency. Recently, the Offices of Inspectors General released status reports for a multitude of agencies. The Data Coalition has compiled a summary of agency progress on their website, which enables users to find information about specific agencies. This resource can be used to evaluate agency challenges and successes, and to identify strategies to mitigate the challenges.

The next five months will surely prove to be an exciting, and hectic, time.