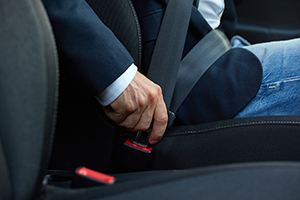 Like Wearing Seat Belts, SES Reform Is Not Just the Law, It’s a Good Idea

The recent election results and upcoming change in administration cast doubt on the ongoing commitment to execute several of President Obama’s Executive Orders (EO). One EO in particular, about which we have written previously, relates to improving the Senior Executive Service (SES).

We believe that the Executive Order was created to upgrade long-overdue Federal executive hiring and development practices to mirror common practices in the private sector. We encourage the new administration and its agencies to continue modernizing practices relating to SES hiring, onboarding, development, and succession planning.

To those tasked with implementing President Obama’s SES Reform Executive Order, it may be tempting to throw up their hands and wait to see if these ideas will be carried forward by the Trump administration. We believe this would risk missing the opportunity to build on momentum to attract and develop strong executive talent and strengthen the SES experience.

The fact is: everyone will feel the need for, and impact of, strong government executive leadership that re-invigorates and navigates positive change.

Continued, dedicated effort to strengthen the SES program is more crucial than ever.