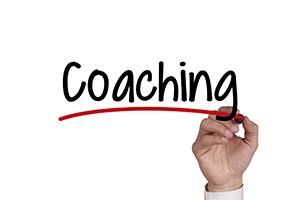 For anyone who was still skeptical about the value of coaching in the workplace, the HUD Federal Coaching Conference unabashedly put stakes in the ground, with thought leadership from academia, and both the private and public sectors making case after case for why coaching works and why it isn’t going away.

Scholars and practitioners from Georgetown, George Mason, the Department of Defense, Treasury Executive Institute, Management Concepts, and others fielded questions as fundamental as “what is coaching?” and “how is it different from mentoring or therapy?” to more complex concerns about how to judiciously use coaching behaviors like listening, asking, and involving staff in their own solution-making. A coaching mindset can be quite a shift after years of managerial training and experience have left deeply ingrained habits and incentives for telling, directing, and having all the answers.

The theme “Transforming Government Through the Power of Coaching,” struck a chord for attendees who need an approach that provides the capacity to work as deeply as their struggles are difficult. For organizations navigating a change process, trying to shift their culture, or simply giving managers new tools for performance improvement, coaching has the beautiful ability to be effective at the individual, team, and organizational levels. The use of coaching skills empowers the person using those skills as well as the person receiving coaching. It reawakens individuals’ ability to choose how they are responding and behaving in any given moment—if they chose to accept such awareness.

While HUD’s coaching conference signals that coaching is still an emerging tool for many Federal employees, efforts like HUD’s to educate employees from across the government can raise awareness about what it means to be a coach and what it takes to build coaching skills.

So what does all of this mean and why is HUD’s conference important?

First, we are seeing the organic expansion of beliefs about who can use coaching skills and in what context. The International Coach Federation acknowledges a meaningful “coaching continuum.” No longer can we simply sort the industry by whether or not someone is a professional coach. On the continuum exists not only internal and external coach practitioners, but others who are using coaching skills in roles like Human Resources, Talent Development, Manager, Director, and Leader.

It also means the bar continues to be set higher for anyone who says they do coaching or are one. HUD’s conference not only built interest and credibility, it provided key distinctions of which everyone should be attuned. Though strides in awareness and education still need to be made, leaders will increasingly need to participate in coaching skills training and supervised practice. If not, they risk not merely misusing the word, but misunderstanding the intention and application of the work, and potentially missing out on the value of coaching for their organization altogether. They will have to keep up with the growing number of peers who are willing to invest the time and effort to become coaching savvy, and see the results play out in employee engagement, performance, retention, and culture.