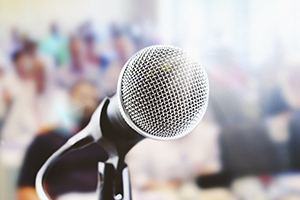 Last week, I attended the National Contract Management Association’s (NCMA) World Congress 2016. It’s the premier education event for contract management, procurement, and acquisition professionals – and it was their largest one to date.

The event started with a keynote by Denise Turner Roth, Administrator at the General Services Administration (GSA).

In her keynote, Administrator Roth discussed how GSA is seeking to eliminate government contracting inefficiencies across the entire executive branch through a rationalized and streamlined – “Act as One” – mentality. An example of “Act as One” is the Acquisition Gateway online community, which aims to provide better value, transparency, and efficiency across the Federal government.

Further, she stated that this “Act as One” framework would not be complete without category management – which is a procurement approach currently being pursued by the Federal government. Category management is supposed to move toward a single enterprise procurement structure that results in a smarter and more leveraged approach.

Most of the discussion from the keynote stemmed from Administrator Roth’s mention of the TechFAR Hub, which is currently in its alpha release stage. The TechFAR Hub was developed to assist the Federal government in applying industry best practices when acquiring digital services. As a proposed next step to the TechFAR Handbook released by the GSA’s Digital Services team back in 2014, the TechFAR Hub provides a practical digital service acquisition framework for Federal acquisition professionals.

From a Federal acquisition practice standpoint – and, particularly IT acquisition – Administrator Roth’s keynote was definitely the most informative. However, there was also a wealth of information provided in each day’s main stage presentations – from the use of social science in procurement, as presented in David Loseby’s keynote on “Behavioral Procurement,” to workforce management, as discussed by the final day’s panel on “Bridging the Contract Management Age Gap.”

There was even a debate, which you can view on the NCMA YouTube channel, where senior procurement executives from various organizations discussed their perspectives on Federal acquisitions.

Overall, World Congress was definitely one to remember, and it wouldn’t have been complete for myself and my co-presenter – and, also first time attendee – 1Lt Kevin Bess (Active-Duty USAF) without our session on critical thinking in the acquisition workforce, particularly in regards to the controversial Executive Order on Fair Pay and Safe Workplaces – the final rule of which is set to be released this month.

As such, instead of holding a session on what was contained in the proposed rule and Department of Labor (DoL) guidance, 1Lt Bess and I decided to hold a session that would force Federal acquisition professionals to think critically on how these regulations might positively or negatively affect their jobs.

We began by asking the audience whether they had even heard of Fair Pay and Safe Workplaces, to which 100% of respondents answered “yes.”

We then took an initial vote on whether the audience believed Fair Pay and Safe Workplaces was “good for Federal contracting” – to which 50% answered “yes;” 25% answer “no;” and 25% were “undecided.”

Next was the fun part. We broke the audience into teams and had them use every means available to them to actually research the executive order, proposed rule, and DoL guidance and provide six examples – three positive, and three negative – of how Fair Pay and Safe Workplaces might affect Federal acquisitions.

Responses from the audience were as follows:

It’s clear that, as Federal acquisition professionals, it’s easy to form an opinion on a particular policy based on spirit and intent alone – however, as contracting professionals, it is also our job to think critically about the policies put before us. And furthermore, provide input.

We ended our session by providing resources to the audience that would enable them, as citizens and Federal acquisition professionals, to provide their input on proposed rules and guidance published in the Federal Register.