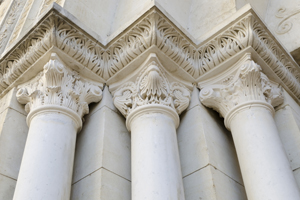 What’s Improper? Well, for one thing, improper payments by the Federal government.

One definition of improper is: “Not in accordance with rules and standards.” When it comes to payments made by the Federal government – we’re talking trillions per year – there are lots of rules and standards, and even a few laws.

What are the causes of improper payments? Well, there are probably many specific causes, but most would fall into the category of poor internal controls. These causes would be things like outdated processes and systems or inadequate procedures that don’t permit adequate tracking of transactions (e.g., matching purchase orders with receipt of goods documents.) In some cases, it is simply that people are not following the prescribed procedures. The sheer number of transactions to be processed adds to the problems (DoD alone makes more than one billion payment transactions per year!).

What’s being done about this huge issue? The current administration has made improper payments a top priority. In the recent past, the President has signed two laws and issued three directives that created a robust infrastructure for agencies to reduce improper payments in their programs. The overall requirements are spelled out in Appendix C to Circular No. A-123, Requirements for Effective Estimation and Remediation of Improper Payments. Requirements for agencies include annual reporting on improper payment amounts, remedial efforts, and recovery of improperly paid amounts. In addition, the inspectors general must annually report on the agencies’ progress in these areas.

How have the agencies been doing? According to OMB, the governmentwide improper payment rate has declined for four consecutive years, from 5.42 percent in FY 2009 to 3.53 percent in FY2013. That is progress, but the amounts are still high. Agencies have their work cut out for them and will have to continue to devote resources to this issue for the long haul.