Categories Menu
Home » Financial Management » Government’s Mistakes in Payments: Does It Lose the Right to Restitution? 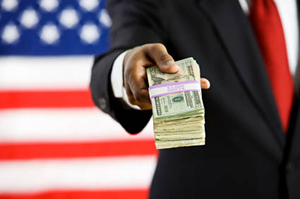 Government’s Mistakes in Payments: Does It Lose the Right to Restitution?

The fiscal rules governing the use of Federal funds are complicated. As a result, mistakes happen. Errors often include making overpayments to Federal employees. If an employee receives such a payment, who bears the responsibility for the mistake – the employee or the government? In other words, does the employee have to repay the money even if the employee thought he or she was entitled to it and did not know that the payment amount was incorrect?

Employees, in general, have to return the funds. Recently, this result happened even though the Defense Finance and Accounting Services (DFAS) – the agency responsible for improving Federal financial functions – determined that the employee should not be required to make a repayment. See Department of Defense Office of Hearings and Appeals, Case Number: 2015-WV-050505.2, dated November 9, 2015.

In the case, an employee of the Department of the Army was assigned to attend the Defense Comptrollership Program (DCP). The program was not conducted at the employee’s permanent duty station and lasted more than one year. Such circumstances required that the Army place the employee on Extended Temporary Duty (ETDY).

According to applicable rules, all allowances and reimbursements for travel expenses, plus any travel costs that the government pays directly to or on the employee’s behalf in connection with the ETDY assignment are taxable income to the employee. Given this, the employee in this case was allowed to file an Income Tax Reimbursement Allowance (ITRA) claim for reimbursement of the additional income taxes he incurred. The added taxes were due to the higher travel funds he received for his extended assignment.

Unfortunately, these were not the only payment mistakes found or made. The agency identified additional overpayments shortly thereafter. DFAS added these errors to the previous ones and re-calculated the amount owed by the employee to the government. The new amount equaled $8,525.41 (the “Excess Payments Amount”).

The issue of whether the employee was required to repay the Excess Payments Amount was addressed by the Department of Defense Office of Hearings and Appeals (DOHA). DFAS recommended waiving nearly all of the Excess Payments Amount except for $247.45. However, DOHA disagreed and found that only $3,627 should be waived and that the employee remained obligated to provide restitution of $4,898.41.

According to 5 U.S.C. § 5584, DOHA may waive a claim for repayment of erroneously issued funds to an employee if collection of the amount would be:

against equity and good conscience and not in the best interests of the United States, provided that there is no evidence of fraud, fault, misrepresentation or lack of good faith on the part of the employee.

DOHA noted in its decision that a person who receives an erroneous payment from the government acquires “no right to it and is bound in equity and good conscience to make restitution, no matter how careless the act of the government may have been” (emphasis added).

Here, there can be no doubt that there was carelessness on the part of DFAS. The agency made multiple mistakes. In fact, DOHA emphasized that it has previously held that DFAS should always apply underpayment amounts due an employee to any overpayments made to the individual before determining the total of the employee’s debt to the government. That DFAS failed to follow that instruction in this case was irrelevant in DOHA’s opinion. Instead, what was important is that the employee learned during the process that he had received some erroneous payments. Therefore, he should have made personal efforts to calculate the correct overpayment amount and hold that money for eventual repayment to the government. In other words, no matter how many mistakes the government makes, once an employee knows of them, waiver of repayment is not appropriate.

LESSON: Many mistakes made by the government in issuing funds does not excuse the one mistake made by an employee in not recognizing that the incorrect payments must be repaid.