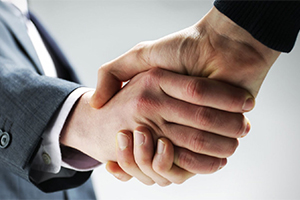 In case you haven’t heard, the Small Business Administration (SBA) plans to make a sweeping change to the Mentor-Protégé Program. Stemming from the Small Business Jobs Acts of 2010 (Jobs Act) and the National Defense Authorization Act of 2013 (FY13 NDAA), the program proposes the expansion of the Mentor-Protégé Program to all small business concerns. If implemented as proposed, the program has the potential to significantly increase the number of Federal contracting opportunities available to small businesses.

Here are the five things we need to know and how they will affect the performance of our job:

The only department-specific mentor-protégé programs that will definitely continue to exist is the Department of Defense Mentor-Protégé Program, and the only other programs that may continue to exist are the Department of Veterans Affairs Veteran-Owned Small Business (VOSB) and Service-Disabled Veteran-Owned Small Business (SDVOSB) programs because the SBA did not propose the inclusion of these in the governmentwide program.

However, the SBA did question whether the VOSB and SDVOSB programs would still be needed with the expansion of the Mentor-Protégé Program to all small businesses.

We, as government contracting professionals, are not severely affected by this decision – other than the fact that some of us may have to learn a new process. Overall, this will not majorly affect the performance of our job.

Currently, under the 8(a) Business Development Mentor-Protégé Program, in order to be considered a “protégé,” an 8(a) program participant must:

Under the new program, all small businesses would qualify to be a “protégé” if it is considered small under its primary NAICS.

Mentors, on the other hand, can currently be either a for-profit company or a non-profit entity. Under the new program, due to conflictual language between the FY13 NDAA and the Jobs Act, only for-profit companies can qualify as mentors. Additionally, a protégé may not become a mentor and still retain its protégé status.

So, how does this apply to the performance of our job?

As government contracting professionals, we need to ensure we are selecting the correct NAICS when soliciting requirements. The choice of NAICS can significantly impact competition, particularly from small business mentor-protégé joint ventures.

Keep in mind that certain NAICS size thresholds changed recently, so we need to be sure we are mapping our requirements to the most current NAICS standards.

The current language concerning what constitutes formal and informal joint ventures is murky, so the SBA decided to clarify the ambiguity around these terms.

Under the new program, a joint venture may be a formal or informal partnership – meaning the joint venture can simply be a written agreement between a mentor and protégé, or it can be a separate limited liability company or other separate legal entity.

Additionally, if a joint venture is formed as a separate legal entity, it cannot be staffed with individuals who will perform on contracts awarded to the joint venture. The individuals performing work on the contract must be employees of one of the two firms that established the joint venture. The joint venture may staff administrative personnel, but these individuals are not allowed to perform work directly attributable to the contract. This requirement was added to ensure there is sufficient transparency to determine whether the protégé firm is actually receiving a benefit and that the work by the two firms is both separate and identifiable.

As government contracting professionals, we may be called upon to verify the work performed by Mentor-Protégé Program participants. Knowing this information enables us to spot any “red flags” during the performance of the contract, particularly service contracts.

The proposed rule was clear as to whether there will be provisions or clauses added to the Federal Acquisition Regulation (FAR) concerning the certification of joint ventures, however common sense tells me there will be.

With that said, as government contracting professionals, we are responsible for ensuring the performance of all necessary actions for effective contracting, ensuring compliance with the terms of the contract, and safeguarding the interests of the United States and its contractual relationships.

Once the FAR Council decides how to implement the requirements of the new program, our job is as simple as ensuring the correct provisions and clauses are included in the contract.

The SBA proposed various methods for the tracking of joint venture awards, to include:

We won’t know exactly what our role is until the final rule is released, which is supposed to be before the beginning of the new fiscal year.

Until then, we will just stand by and stand prepared.

The proposed governmentwide Mentor-Protégé Program is a wide-sweeping change and is supposed to significantly increase the amount of opportunities for small businesses in the Federal government contracting marketplace. As government contracting professionals, this will affect the way we go about awarding contracts, but not severely.

So as we await the release of SBA’s final rule, let’s keep the discussion going. Let me know below how you think the rule will affect the way you perform your job specifically.

And in the fall, we can compare our analysis with reality to see how closely our predictions aligned!