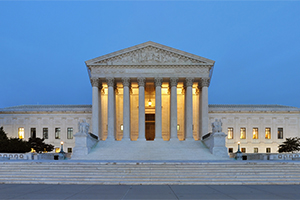 One of our main themes in our Federal Grants Update 2016 is risk mitigation. One of set of standard procedures every Federal grant and cooperative agreement manager should have is for the application selection process. Another is for delineating between grants and contracts. We recently had the opportunity to update our Federal Assistance Law course with a legal decision. Because it is one the most significant recent legal decisions for the Federal grants community, we wanted to share this review with the broader Federal grants community.

In January 2016, the United States Court of Appeals for the Federal Court (CAFC) overturned the United States Court of Federal Claims’ decision in Jay Hymas, d/b/a Dosemen Farms, v. United States,__ F.3d __, Fed. Cir. No. 2014-5150 (2016 WL 158470) (Jan. 14, 2016). The Appeals Court’s decision may limit the ability of plaintiffs to challenge an agency’s decision to award a cooperative agreement or grant award when, in the plaintiff’s opinion, the award was in essence a procurement contract.

The case was based on cooperative agreements awarded by the United States Department of the Interior’s Fish and Wildlife Service (FWS). The FWS entered into Cooperative Farming Agreements (CFAs) with individual farmers to grow crops on public lands in two wildlife refuges. Under the terms and conditions of the CFAs, the farmers, termed cooperators, were able to farm specific parcels of public land with corps specified by FWS. Cooperators were able to retain 75 percent of the crop yield for their efforts and the remaining 25 percent of the crop was left to feed migratory birds and other wildlife. The FWS advised the cooperators on crop selection, farming methods, pesticide and fertilize use, and crop harvest.

In 2013 and 2014, Mr. Hymas unsuccessfully sought a multi-year CFA. When awarding the CFAs, the FWS did not use formal procurement procedures nor solicited cooperators using full and open competition. Rather, the FWS relied upon its priority selection system that gave preference to previous cooperators with a successful record of farming designated areas within the refuge. Under the Tucker Act, Mr. Hymas filed a bid protest in the Claims Court alleging that the FWS violated Federal procurement laws and the Administrative Procedure Act (APA). The Claims Court determined that the FWS service erred in treating the CFAs as cooperative agreements when the CFAs were procurement contracts and that the agency violated the Competition in Contract Act (CICA) by failing to use formal procurement procedures to obtain full and open competition. The Claims Court also determined the priority selection system violated the Federal Grant and Cooperative Agreement Act (FGCAA). The Claims Court ordered the FWS to terminate awards made in 2013 and 2014 and prevented the agency from awarding any additional awards unless the selection process complied with the CICA, the FGCAA, and the APA. The agency appealed the decision to the CAFC.

The CAFC determined the CFAs met both requirements of a cooperative agreement under the FGCAA. The Court determined that the CFAs cannot be construed as procurement contracts “because the agency did not intend to acquire farming ‘services’ for the ‘direct benefit or use of the United States Government.’”

The Court stated that while CFAs indirectly benefited the agency, “that is true for nearly all cooperative agreements.” Additionally, the CFAs provided the agency with the “flexibility needed to react to the exigencies that regularly arise under the cropland management plans,” such as determining “what plants to crop, when to harvest them, and how to tend to them.” Such flexibility, the Court determined, would not exist under a procurement contract. Therefore, the Court concluded the agency “did not enter into the CFAs to obtain a service from the farmers, but rather negotiated with them to provide assistance that would further the goals” of the agency.

The Court concluded the Claims Court did not have proper jurisdiction, since the lower court’s reliance on the Tucker Act ‘”exclusively’ concerns ‘procurement solicitations and contracts’” and that under the CICA “agencies escape the requirements of federal procurement law” when using cooperative agreements. The decision may limit other plaintiffs challenging an agency’s use of cooperative agreements in the United States Court of Federal Claims.