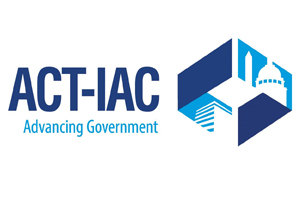 When was the last time you attended a conference and the whole room burst into song? OK, don’t answer that out loud. Typically, for an event where public and private leaders convene to discuss the latest development and updates around acquisition, that is not usually on the agenda. However, at the American Council for Technology–Industry Advisory Council’s (ACT-IAC) Acquisition Excellence conference held in Washington, D.C. last week that is exactly what happened. When there was a minor technical difficulty with playing the national anthem during the opening remarks, the attendees decided to sing it. In light of the tragedy that was unfolding in Brussels that morning, it was a beautiful way to kick-off the conference.

In its fifth year, the Acquisition Excellence conference focused on four key areas whose theme was echoed throughout the keynote addresses and track sessions. The areas were Cybersecurity Acquisition; Services Acquisition; Acquisition Innovation; and Advancing Government Relations with Industry. Morning keynote Claire Grady, Defense Procurement and Acquisition Policy Director, emphasized the need for better requirements when acquiring services, engaging industry early and often in the procurement process, and finding ways to “think outside the five-sided box.” Her message was reinforced by Anne Rung, Administrator of the Office of Federal Procurement Policy in the Office of Management and Budget. Rung touched on how complex the Federal marketplace can be and how imperative it is to simplify the process. This would make it easier for companies to partner with the government and strengthen vendor relationships.

Innovation was another key topic that surfaced for most of the speakers. During the afternoon panel discussion, Kay Ely, Deputy Assistant Commissioner and Acting Director of the Office of IT Schedules Programs at the General Services Administration, spoke on how to be risk adverse and innovative at the same time. “We talk about innovation like it’s new. It’s not new, but constantly encouraged,” Ely stated. Government has to find a way to leverage industry best practices in a smart way to achieve its mission and goals.

ACT-IAC did not disappoint on delivering interactive, engaging, and actionable track sessions. The two that I attended surpassed my expectations. In the first session titled, “The Problem with the Problem Statement,” participants focused on writing a requirements statement that did not inadvertently include a solution to the problem. Sounds easy, right? It proved more challenging than initially thought. The room was divided into four groups and each group iteratively worked through a real world problem. At the end, we voted on which team had the best-crafted problem statement. While my group did not win, I practiced writing better, non-restrictive problem statements and learned strategies to incorporate innovation to drive successful solutions.

My final session was “Lifting the Curtain – Inside the Technical Evaluation Committee,” which my colleague, Keaston Simmons, co-created and served as a panelist. The room was about half industry and half government, which led to a lively discussion on what goes on behind the scenes of a Technical Evaluation Committee (TEC). The session attendees received a fictitious RFP to review then, the TEC shared their evaluation of the proposals. It was interesting to see how companies responded differently to the same evaluation criteria. Industry group members walked away with valuable insight on how to improve their next proposal submission.

Lastly, not only was I a conference attendee but I had the privilege of serving on the planning committee. If you ever get a chance to volunteer for this role, do it! It was great opportunity to work with amazing and dedicated people. You gain a deeper appreciation for what it takes to put on a conference. Plus, it is tremendously satisfying to see months of planning culminate into a successful event. Opening sound glitch aside, Acquisition Excellence ended on a high note.

Thanks, ACT-IAC, for a great conference. See you next year!