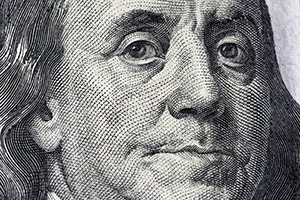 The Federal budget process can be a difficult concept to comprehend. I am in the (extreme) minority when I say that I find the budget process fascinating. For four years, I served as Congressman Brad Carson’s Grants Director and my responsibilities included briefing the Congressman on the Federal budget and its impact on Federal grant programs. Understanding the process can be critical in determining when Federal awarding agencies may make funds available for grant programs and the level of funding that may be available. For this week’s blog, I want to simplify the process so you can be better informed.

Finally, Congress begins the appropriations process. This process authorizes spending for specific programs. Congress must pass 12 individual appropriations bills, each for a specific government function. Grants officials should review the applicable appropriations bills to determine how much funding their programs will have in the upcoming fiscal year. Congress may eliminate funding for certain programs, and non-Federal entities should be prepared to locate other funding sources.

Congress must pass, and the President must agree to, each appropriations bill by September 30, as the new Federal fiscal year begins on October 1. When agreement cannot be reached before the start of the new fiscal year, Congress must pass, and the President must sign, a Continuing Resolution (CR) to fund government operations until final spending is approved. CRs provide short-term funding, generally at current funding levels. Failure to pass a CR results in a government shutdown, as happened in 2013. To expedite the process, Congress generally combines all outstanding appropriations bills into an omnibus bill to avoid this. For the grants community, CRs generally delay the new grant competitions.

Funding the Federal government is a time-consuming process that requires a consider amount of resources. In recent years, members of Congress have proposed creating a biennial budget that would add a greater level of stability. However, Congress has yet to act on any of these proposals.

For FY 2017, Congress is currently at the beginning phase of the process. Last week, the House Budget Committee approved the budget resolution; however, it remains unclear when the House will vote on the resolution. Congress.gov provides an Appropriations and Budget Resources page that provides relevant documents and developments relating to the budget process. The grants community can use this resource to stay informed of potential implications to their grant programs. By understanding the budget process, the grants community can be bettered prepared for the upcoming year.