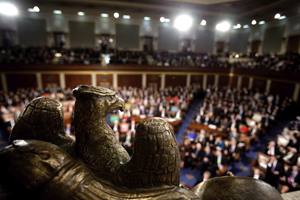 A New Prescription to Cure What Ails Federal Program Management?

In December of 2008 the now defunct Council for Excellence in Government, presented a report entitled “Delivering Program Results: Improving Government Performance and Delivery”.

(Note: Not to be confused with the recent report of a similar name from NAPA and PMI. My colleague wrote on that late last year.)

This report capped an eight month study of Program Managers in the Federal government. The report was commissioned by the Office of Management and Budget’s then Deputy Director for Management, Mr. Clay Johnson III. The steering committee of the study was headed by Venable’s Rob Burton, former Deputy Administrator at the Office of Federal Procurement Policy, and included members from several Federal agencies, The Council for Excellence in Government, The Professional Services Council, and several industry firms (including myself and another colleague at Management Concepts) with deep knowledge of Federal programs and management.

The report made several recommendations:

The report was issued in the waning days of the Bush administration and consequently soon forgotten in the transition. Those of us on the steering committee felt strongly about the leisurely manner in which program managers were selected, tasked, and supported based on the feedback we obtained from those serving in these positions. After all, these people were responsible for 95% of the government’s expenditures through their programs. More importantly, they still are!

Fast forward and we’re in the waning days of yet another administration and along comes Senate Bill 1550 (Program Management Improvement Accountability Act of 2015) and its companion, House Resolution 2144 (Program Management Improvement and Accountability Act of 2015), hereinafter referred to as PMIAA. As that baseball great Casey Stengel once opined, “It’s Deja Vu all over again.” The House Resolution was introduced on April 30, 2015 and referred to committee where it now languishes with the Senate Bill that was introduced in June 2015 and passed by the Senate on November 19, 2015.

The two bills are virtually identical as both are designed to “establish entities tasked with improving program and project management in Federal agencies, and for other purposes.” I believe many of us would agree that this is sorely needed. The major difference between the two bills is the Senate version inserted “certain” before “Federal agencies” to exclude the Department of Defense as the provisions are “substantially similar to provisions in Title 10.”

Interestingly, the PMIAA amends Title 31 of the US Code which applies to all Executive Branch entities. These “certain Federal agencies” (interpret that to mean non-DoD organizations) would be subject to the Act’s provisions which are (in summary):

The timeline is very aggressive:

What are the chances that it will pass? Well, it’s a Presidential election year so… not good. You can track legislative developments on govtrack.us (they give it a 7% chance in the House.) Will this be on the new President’s 100-day plan? I doubt it; better performance makes for good copy but hardly ever translates into quick action. However, neither the current administration nor the target agencies should need an Act of Congress to implement this or a similar program right now. I encourage them to consider doing so. After all, both pieces of legislation have bipartisan support in both chambers and the vote in the Senate was unanimous. How often does that happen?

A rather large question remains. What would passage mean for the OFPP FAC-P/PM certification program?