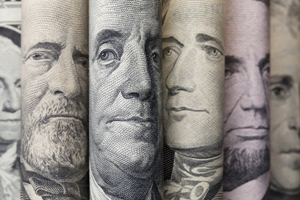 Earlier this week I provided background on President Obama’s Executive Order on Fair Pay and Safe Workplaces (E.O. 13673) and discussed its impact on the Federal contracting community. Today I’ll go deeper into working with contractors that have labor violations and key takeaways we, the Federal contracting community, must remember as we approached the scheduled released of the final rule on FPSW in April of this year.

So, what do I do if a contractor discloses it has a labor violation?

Your particular agency’s ALCA will be the lead liaison on all matters labor-related.

When an offeror discloses that it has had a labor violation within the previous three-year period, you must request additional information from the offeror on those violations and submit that information to the ACLA for a recommendation.

The ALCA will then make one of three recommendations on whether the contractor could be found to have a record satisfactory to perform under government contracts:

Additionally, the ALCA will state whether the violations should be considered serious, repeated, willful, or pervasive.

So, what do serious, repeated, willful, and pervasive mean?

The proposed FAR rule borrows language from the DOL Guidance when it comes to defining serious, repeated, willful, and pervasive. The DOL Guidance actually goes very in-depth, discussing how these definitions were arrived at, as well as what laws can be referenced to gain a thorough understanding of the definitions; however, the following are to-the-point definitions of these terms:

As stated previously, an in-depth discussion of these definitions can be found in the DOL Guidance, however, as a contracting officer, this basic knowledge will help you understand what you are dealing with when a contractor discloses such violations.

Now that I understand, can I award to a contractor that discloses a labor violation?

I’m sure you’ve already assumed this, but I’ll say it anyway – as with everything in Federal government contracting, the answer is… it depends.

Common sense would tell us that if a prospective contractor has a serious, repeated, willful, or pervasive labor violation, further scrutiny during the responsibility determination is warranted. By awarding to a contractor with a disclosed labor violation, you could potentially face performance and/or reputational risks – but, then again, you may not. It depends on whether the contractor has taken remedial actions to address the violation(s).

No matter what, when a labor violation is disclosed, you must coordinate with the ALCA who is responsible for providing a recommendation. What kind of weight these recommendations will hold is still unclear; but, in the end, the responsibility determination lies solely with the contracting officer. You hold the power to determine whether to proceed with award or not. We are not likely to see more definitive language when the final rule is released, so exercise your judgment judiciously, or we just might see some interesting reading coming out of the protest and/or claims arenas in the near future regarding this issue.

De facto debarment occurs when Federal agencies essentially prevent a contractor from competing for government contracts over an extended period of time via means other than the official suspension and debarment process (i.e. by repeated determinations of nonresponsibility based on the same information).

The potential for de facto debarments definitely exists under FPSW – and it is the main concern industry has expressed regarding this proposed rule.

But, de facto debarment isn’t just an issue for contractors… it is also an issue for you as the contracting officer.

My interpretation of this language is that should a contractor believe itself to be a subject of de facto debarment it can protest each individual solicitation/contract it believes is furthering such debarment, but it cannot bring a single claim forward seeking to eliminate the de facto debarment as a whole.

So, still… what does this mean exactly?

The FPSW proposed rule, and the DOL Guidance, appear to be fairly strict in its scrutinizing of prior labor violations. If a contractor is being denied awards across the entire Federal government as a result of a single labor violation, this may be deemed de facto debarment; and, as a result, I believe it is reasonable to expect the claims and protests systems to be busy in the near future, dependent on the language in the final rule.

As a contracting officer, you can mitigate this. It is your responsibility to determine whether a labor violation is severe enough to warrant a determination of nonresponsibility, and you are the ultimate authority on a contract award – unless the prospective contractor is a small business. In that instance, you must still comply with the Subpart 19.6, Certificates of Competency and Determinations of Responsibility.

By virtue of your warrant, the government has entrusted you as its agent in ensuring it receives the best value for the products and services it requires. Contrary to widely held beliefs about the rule, your actions, as the contracting officer, will significantly determine the effects of this rule – not the rule itself. So I say, when April comes around and the final rule is released, don’t freak out. This is simple… I’ve laid out the proposed roadmap for you.

Make sound business decisions… document your rationale… and you’ll be fine. I’ll see you here again in April to discuss the final rule!