Posted by Management Concepts on Feb 9, 2016 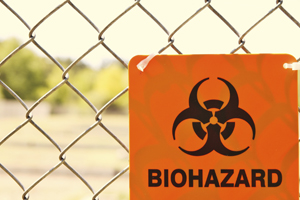 Released on July 31, 2014, President Obama’s Executive Order on Fair Pay and Safe Workplaces (I call it FPSW – pronounced: fip-swuh) (E.O. 13673) has caused quite a stir within the government contracting community. While proponents of the order believe it to be an effective way to ensure “[F]ederal contractors respect their workers… [and] show [regard] for taxpayer value,” its opponents argue that it is “unnecessarily excessive, largely unworkable and inexecutable [sic],” and that the “cost and risk of [doing business with the Federal government] may increase significantly” as a result.

In my opinion, both sides of the community make valid points; however regardless of the various industry opinions, as a Federal contracting officer, FAR 1.602-1 requires you to “[ensure] that all requirements of law, executive orders, regulations, and all other applicable procedures, including clearances and approvals, have been met” prior to making an award.

With that said, the final rule on FPSW is scheduled to be released in April of this year. Instead of being enthralled in and confused by the current community discourse concerning the E.O. 13673, you need to be clearly knowledgeable and sufficiently equipped to award contracts that are compliant with the rule when the time comes.

So, what exactly is the purpose of Fair Pay and Safe Workplaces?

E.O. 13673 states that its purpose is to “increase efficiency and cost savings in the work performed by parties who contract with the Federal Government by ensuring they understand and comply with labor laws.” The government believes that “[c]ontractors that consistently adhere to labor laws are more likely to have workplace practices that enhance productivity and increase the likelihood of timely, predictable, and satisfactory delivery of goods and services.”

As a result, FPSW requires “prospective and existing contractors [to] disclose certain labor violations.” Additionally, it requires contracting officers, in coordination with the newly created Agency Labor Compliance Advisors (ALCAs), to consider the disclosures, and any mitigating circumstances, as part of their responsibility determination when making an award or extending a contract.

Is there a monetary threshold for labor law violation disclosures?

Yes. The current proposed FAR rule states that labor violation disclosures will only be required on contracts exceeding $500,000; and subcontracts for other than Commercial-Off-The-Shelf (COTS) items that exceed $500,000. The proposed rule is silent on whether contracting officers may still require disclosures on contracts below the $500,000 threshold.

Additionally, there is a threshold of $1.0M for the inclusion of the new clause 52.222-YY, Arbitration of Contractor Employee Claims, which states that “contractors [must] agree that the decision to arbitrate claims which arise under title VII of the Civil Rights Act of 1964, or under any tort related to or arising out of sexual assault or harassment, be made only with the voluntary consent of employees or independent contractors after such disputes arise;” however, of particular note is that this does not apply to employees covered by a collective bargaining agreement negotiated between the contractor and a labor organization representing such employees.

What types of labor violations exist?

There are exactly three types of labor violations:

Further in-depth discussion on these types of labor violation can be found in the Department of Labor (DOL) Guidance for Executive Order 13673, “Fair Pay and Safe Workplaces,” dated May 28, 2015; however, one important thing to note is that the mere existence of one of these types of labor violation, at any level (i.e. subject to appeal, being modified), is sufficient enough to warrant disclosure on contracts valued at $500,000 or more.

This has been one of the main concerns expressed by the government contracting community, particularly industry, and is something that you, as the contracting officer, should consider, in coordination with the ACLA, when determining the responsibility of a prospective contractor.

How will I even know if a contractor has a labor violation?

As with most solicitations published by the Federal government, there is a representation provision that requires contractors to certify particular information. The FPSW rules will follow suit.

For contracts exceeding $500,000, the proposed provision, FAR 52.222-AA, Representation Regarding Compliance with Labor Laws, requires an offeror to represent whether it has any administrative merits determinations, arbitral awards or decisions, or civil judgments against it, within the preceding three years for violations of the labor laws covered by the DOL Guidance.

Additionally, offerors will be required to represent, through their annual representations and certification in the System for Award Management (SAM), whether they have covered labor violations.

Once again, an important thing to note is that for contracts exceeding $500,000, contractors must disclose any and all alleged labor violations occurring within the previous three year period, even if that labor violation has not resulted in an ultimate determination or guilty finding against the contractor.

In this post I provided the basic information to consider regarding the proposed FPSW rule. Later this week I’ll go into additional detail on addressing contractor labor violations under FPSW and key takeaways the Federal contracting community must remember come April.