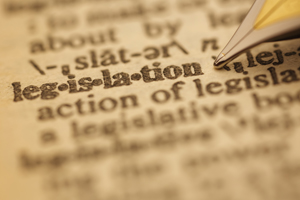 On January 28, 2016, President Barack Obama signed the Grants Oversight and New Efficiency Act (GONE Act) into law. Congress designed the GONE Act to hold Federal awarding agencies accountable for timely closeout of grant awards. The purpose of the law is to reduce costs associated with maintaining bank accounts of expired grants that contain undisbursed funds or a zero balance.

The law requires Federal awarding agencies to submit a report to Congress and to the Department of Health and Human Services (HHS) that:

Within one year of the initial report, Federal awarding agencies are required to provide a follow-up report that specifies which of the identified grant awards have been closed out and those that remain open.

Under the Uniform Guidance, Federal awarding agencies and pass-through entities should complete all closeout activities within one year. 2 CFR 200.343(g) states:

The Federal awarding agency or pass-through entity should complete all closeout actions for Federal awards no later than one year after receipt and acceptance of all required final reports.

It is important to note that the Uniform Guidance uses the word “should” and not “must” when detailing closeout requirements. Thus it is an expectation, and not a requirement, that closeout occurs within one year. The law does not require agencies to complete closeout activities within one year. However, agencies will be required to explain to Congress why closeout has not occurred within the one-year time frame.

The GONE Act is in response to a 2013 Washington Post article that found that the Federal government spent at least $890,000 on service fees to maintain empty bank accounts of expired grants. The Government Accountability Office (GAO) found that 13,712 such accounts existed in 2012.

“Our taxpayer dollars should be spent on programs and grant opportunities that actually support the American people, not on administering empty grant accounts that help nobody.”

The following timeline identifies the key dates for the required actions under the law.