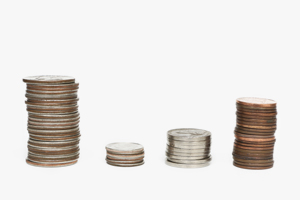 Can the Government Violate Existing Policy to Save Money?

While the Consolidated Appropriations Act passed in December raised agency spending limits, the increase was modest. As a result, Federal budgets remain tight. “Frugal” and “thrifty” continue to be the spending themes for agencies.

Using taxpayer money efficiently is commendable. This is particularly true given the current political environment. What happens, however, when the goal of saving money conflicts with an existing policy? The decision by the General Services Board of Contract Appeals (GSBCA) in Felix Valentin, GSBCA 16621-TRAV provides some insight. According to the Board, saving money does NOT trump all else.

In the case, Felix Valentin, an employee of the Department of Labor (DOL), was directed to travel from his permanent duty station in San Juan, Puerto Rico, to Harford, Connecticut. Valentin requested his agency’s travel agent to make airline reservations for him. The agent initially identified:

Valentin refused the arrangement. The agent then identified:

Valentin accepted the Second Itinerary and traveled to Hartford in accordance with it.

Upon his return, DOL refused to reimburse Valentin the full cost of the Second Itinerary. It determined that the First Itinerary was less expensive. Therefore, reimbursement for his travel would be limited to the cheaper travel option.

Valentin appealed to the GSBCA. He argued that he was entitled to the full amount of his travel costs under the Second Itinerary. In support of his claim, Valentin reasoned that DOL policy requires employees to travel during official working hours. He noted that his were during the day, i.e., approximately nine to five. Given this, DOL’s personnel directive overrides its goal to save money.

GSBCA agreed. It noted that DOL’s main reason for not reimbursing Valentin the full cost of his airfare was that the lower fares were more advantageous to the government. The Board emphasized that DOL policy provides that travel by employees must be performed during their normal duty hours. GSBCA made clear that the agency could not interpret the requirement to provide that employees must travel during working hours only if doing so would be less expensive.

LESSON: Managing a limited budget is a critical skill for government managers, but the goal of saving money is not a trump card agencies can use at their discretion to create exceptions to existing policies.

Agree or Disagree? What’s your experience?