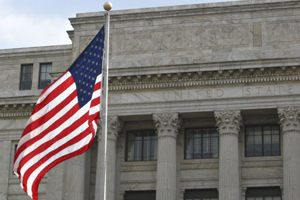 Last year, as we all brined our turkeys and prepared for the annual harvest feast, President Obama signed S.1356, the National Defense Authorization Act (NDAA) for Fiscal Year 2016 (FY16) into law.

Then, just a week shy of the Christmas holiday, the House, Senate, and President approved the $1.1 trillion omnibus spending bill needed to fund the government for this fiscal year.

While there was a significant amount of discussion last year about “acquisition reform” leading up to the passage of the FY16 NDAA, it was almost exclusively focused on the power dynamics between the service chiefs and secretaries, and the Office of the Undersecretary of Defense for Acquisition, Technology and Logistics (AT&L), “which has held Milestone Decision Authority [(MDA)] over [acquisition] programs for roughly the past 30 years.”

On Thanksgiving Eve, the debate was put to rest. Under Section 825, Title 10 of the United States Code (U.S.C.), Section 2430 was amended to designate the Secretary of Defense as the MDA for major defense acquisition programs effective October 1, 2016.

And yet, even with all the hype, in my opinion, while significant, this was not the most important provision of the FY16 NDAA. Honestly, from a political standpoint it’s a pretty major issue, but practically, and for most of us acquisition and contracting professionals out there, this doesn’t cause a major shift in the way we do business.

But, there are other provisions of the NDAA that will, or have the potential to, impact the way we acquisition and contracting professionals, as a whole, conduct business; and, as we start the new year, I wanted to take this opportunity to highlight some of the provisions that made the cut that I find more interesting.

From my analysis of the FY16 NDAA, I found that there were some fairly relevant themes spread across the various sections:

In fact, three separate provisions called for reviews or panels that I interpret to be targeted toward streamlining the process of IT acquisitions: Sections 808, 875, and 888.

Section 808 of the FY16 NDAA essentially calls for a report on the efforts to link and streamline the requirements, acquisition, and budget processes within the defense departments. As the Department of Defense (DoD) attempts to determine the best way to stay on the forefront of the increasingly technologically-driven battlefield, faster acquisitions at higher thresholds will eventually become the norm, and I believe this provision is just one measure in preparing the Federal acquisition system for such a time.

Section 875 calls for a review of the government’s access to Intellectual Property (IP) rights of private sector firms, as is titled. This will also be important as IT acquisitions increase. This space is still relatively new for the Federal government, especially in its current state. Intellectual property in the world we live in today is a very broad concept. Not only are the systems developed and the technology that powers them considered IP, the information obtained from users is also considered IP. In the age of the cloud, IP is a very important issue, and I believe the inclusion of this provision is highly appropriate and relevant to the way in which our economy now functions.

Section 888 is actually explicitly directed toward IT and cybersecurity systems. It calls for an assessment on the applicability of the Open Technology Provider Standard or other similar public, open technology standards to defense acquisitions. The cloud is a big deal. Open technology is an even bigger deal as it encompasses many aspects of the cloud. If you want to be on the forefront of our profession, the IT sector is definitely something to not only become familiar with, but proficient in.

Procedures and Programs Authorized under FY16 NDAA – Cyber and IT Acquisitions

All of these programs are seeking methods that can decrease the amount of time required to conduct an IT acquisition. Under the Rapid Acquisition Authority, a Contracting Officer (CO) may purchase items to rectify a document deficiency that could result in a cyber attack, amongst other more life threatening situations, up to an aggregate of $200,000 during any one fiscal year.

There are actually two mid-tier acquisition programs authorized by Section 804: (1) rapid prototyping and (2) rapid fielding. As you might deduce from the titles, these programs are for the quick development of a prototype and the fielding of that prototype.

The Alternative Acquisition Pathways in Section 805 are to be used for the acquisition of capital assets and services that meet critical national security needs. The procedures to conduct these acquisitions are supposed to exist outside the current regulations, so we should see some kind of guidance as the year moves on. A report is due to Congress in May detailing the proposed procedures.

Pilot Program for Streamlining Awards for Innovative Technology Projects in Section 873 is specifically geared toward IT acquisitions. It will apply to contracts, subcontracts, as well as modifications of a contract or subcontract, valued at less than $7.5M that is awarded to a small business or nontraditional defense contractor pursuant to a technical, merit-based selection procedure or the Small Business Innovation Research (SBIR) Program.

This one is pretty major. It basically opens the doors for the many innovative startups and technology companies we have here in the D.C. metro area, such as the companies operating out of 1776 and Eastern Foundry, as well as the technology companies out in Silicon Valley. This one is very exciting, and I will be doing even more thorough research on this for my own interests!

And Finally, Let’s Talk About the Money That’s Promised for These Items Discussed

There are two funds of particular importance to the government’s new IT acquisition programs and procedures: (1) the Cyber Operations Procurement Fund and (2) the Department of Defense Rapid Prototyping Fund.

According to Section 807, the Cyber Operations Procurement Fund is supposed to result in approximately $375M over the course of five years, running from FY2016 to FY2021. This fund will support all acquisition activities under the control of the newly formalized United States Cyber Command acquisition workforce. This acquisition workforce will consist of 10 full-time equivalents pulled from the existing DoD workforce, so if you are in the DoD, stay tuned for those vacancy announcements – this could be your time to shine.

With a budget of $75M per fiscal year, this group of 10 individuals will be on the immediate forefront of the future of Federal acquisitions.

The other fund, the Department of Defense Rapid Prototyping Fund, authorized by Section 804, may, or may not, see the light of day depending on how the DoD manages its weapons acquisitions. That’s because this fund is to be populated by the penalties for cost overruns authorized under Section 828. All major defense acquisition programs are subject to these penalties, so it’s likely this fund may see some amount of money, but it’s yet to be seen.

Overall, the FY16 NDAA contains a lot more information than I presented here, but with cybersecurity being such a hot button, I thought you’d like to know more about what the DoD plans to do in that space and what that might mean for you and your career.

I think this NDAA actually provides some very good steps forward in defense acquisitions, as well as for our profession. There are also other professional development and workforce specific provisions that I did not cover here, so I’d urge you to go out and take a look at the entire thing for yourself.