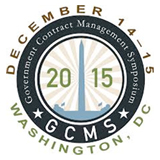 Phaedra Chrousos, Associate Administrator of Citizen Services and Innovative Technologies at GSA captured the attention of an audience of about 900 people on Tuesday morning at the National Contract Management Association (NCMA) Government Contract Management Symposium with a refreshingly realistic perspective on the challenges associated with getting innovative technology companies to do business with government.

Phaedra leads the GSA Office of Citizen Services, which includes the 18F organization that’s charged with transforming the way the government buys digital services. While 18F has had some successes, those successes are not scalable without industry. Phaedra made it clear she needs tech startups as well as established companies to be willing (even eager?) to partner with government. But she says that the private sector is aware of how difficult and potentially hazardous it is to contract with the government—how long it takes, how complex and inflexible the process is, and how risky the venture is. Startups getting their funding through venture capital firms often face a condition that prohibits contracting with the government. Being “Gov-scared” as Phaedra put it, results in companies that could make a difference in the performance and innovation of government programs saying no to government business.

However, 18F offers hope. Phaedra listed several initiatives in the works intended to relieve some of the government bureaucracy. Coming soon are:

Phaedra’s lively and engaging talk ended with her lament that no one’s talking to the private sector to help them get business with the government. She called on NCMA’s audience that included government contracting professionals to become “Sherpas” for new industry involvement with government. Sherpas are experts who provide an invaluable service of guiding expeditions in extreme altitudes. Sounds like contracting officers to me!