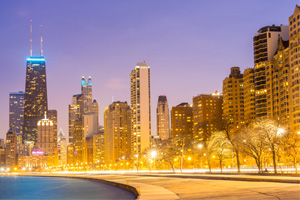 Show Me the Data?

If there is one theme I have tattooed in my brain as a result of all the conferences I’ve attended this quarter, including the Grant Professionals Association (GPA) National Conference (#GPAconf15) in St. Louis, it’s evidence.

As in evidence that –

You can tell by that last bullet that I’m really taking this evidence theme to heart.

The strongest voices in the evidence conversation I’ve heard during this time are definitely those in the education space. If there is one thing that comes through in Department of Education (ED) Notices of Funding Opportunity (NOFO) is the need for applicants to show evidence to support the success of a proposal, before the project has even started. In fact ED has a Federal Register Notice on its intent to require all recipients awarded direct competitive grant funds to openly license all copyrightable intellectual property created with grant funds.

All of this begs the question for how an organization, like a school district, can build evidence-based proposals for untested ideas. While we want to believe that our society wants to fund innovation, as a society, we often don’t want our grant dollars funding said innovation.

Given that innovation is an incremental process, perhaps your organization can create an internal grant program to foster an evidence-driven culture. Yes, the grantees can become the grantors.

Full disclosure – this is not my idea. Instead I want to share what Dr. Marcella Zipp, Director of Grants and Special Programs for District 214 in suburban Chicago, shared on the last day of the GPA Conference.

Essentially, Dr. Zipp worked with her District 214 colleagues to create an internal grant program to fund special projects requested by teachers. Dr. Zipp structured the program as a means to introduce teachers and other stakeholders to the skills they need to be successful grantees. Applicants complete a standard form online, submit financial reports, and report on project milestones and outcomes.

Yes – project milestones and outcomes that can serve as evidence for external grant applications!

Of course this evidence did come at a cost. District 214 identified funds for this program from its existing budget. We have to recognize that this was an accomplishment in itself. However, the investment has paid off. Not only has the program supported the underlying goal of building an evidence-driven grants culture, the internal grant program also has:

The lesson for all of us is that we should not let the mere existence of the “evidence” requirement prevent us from pursuing an opportunity. We just may need to think our way around it rather than through it.