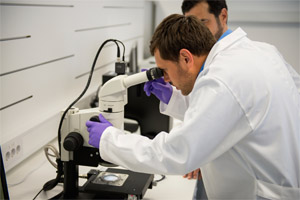 Early in my career, I realized that succeeding as a researcher involved more than technical skills. As a new assistant professor who was focused on research and teaching, I thought my strengths were coming up with innovative yet rigorous methodologies and ensuring that students knew how to apply theory to their jobs. Although those did turn out to be strengths, I soon realized additional strengths that I was not previously aware of – the ability to get along with strong personalities and write clearly.

Here’s what happened: An eminent, senior professor, a mentor of mine in graduate school, had collaborated with a grad student on a research project. They were trying to publish the study in a top academic journal. This particular grad student was a serial entrepreneur and successful CEO who had returned to school later in life. Both had considerable experience and high levels of self-confidence.

Despite carrying out an excellent study that contributed to the literature, their paper was rejected because they were unable to clearly communicate how it fit in with existing research. They realized that neither of them had the skill needed to revise the paper in a way that addressed this gap, partly because of their writing ability and partly because they held different views on how to frame their research. They turned to me to re-write the paper.

Before beginning the re-write, they agreed that I was in charge of rewriting the introduction and discussion sections, with the goal of getting the paper published. My previous track record in writing clearly and successfully publishing gave me the credibility I needed to get them to agree to taking on the writing role. I also convinced each of them that the introduction needed to clearly explain how their study added to existing research as well as frame the paper differently than their original approach. We needed to explain the study in a way that made sense to the reader, not how they had conceptualized the work. Instead of focusing on their internal debate, I refocused their attention on the logic that was needed in the introduction.

After the rewrite, the article was accepted in another top journal. My take-aways from this experience? I was able to refocus them on the common goal of publishing the paper. I convinced them that given my writing ability, I was the best person to do the rewrite and the introduction had to take on the reader’s perspective. By staying calm and focusing on the paper, I came across in a nonthreatening manner to convince them that the study they did was good while the introduction needed to present their work in a slightly different way.

Most scientific and technical work is conducted in teams comprised of individuals who have unique, specific expertise who come together to find an answer or discover something new. These types of teams are not always successful. Sometimes, even teams of the most highly talented technical experts fail to achieve their objective because they cannot find a way to work together.

Functioning effectively as a team requires much more than scientific or technical expertise. It requires soft skills – teamwork, collaboration, communication, and listening. Soft skills can be extremely difficult for scientists or technical experts to learn, especially when their ability to defend their ideas sharply has been reinforced over the course of their careers.

Here are a few tips for a ensuring a successful scientific or technical team:

In the Federal government, ensuring the success of scientific and technical teams is essential for solving problems that affect our nation. Funding for collaborative research has been growing as policymakers realize that complex problems require inter-disciplinary teams to work together to solve them. The Human Genome Project is an example of a collaborative team coming together to map genes in order to advance health and medicine. New problems and needs constantly arise that require scientists to come together to find solutions, such as avian flu and other public health issues, natural disaster response, law enforcement issues, and threats to national security.

A well-functioning scientific or technical team will solve problems faster and more efficiently if they find ways of avoiding common team derailers. Although this blog is not of the scale or scope of the types of problems that are often addressed by these teams, it was still a collaborative effort! My colleagues, Marc Shapiro and Natalya Pestalozzi, took the time to share their expertise on effective teams, while Kriste Buchanan tracked down the links and references that brought the examples to life.