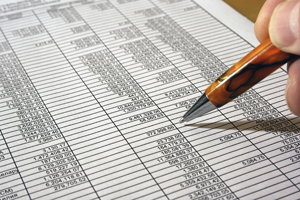 Last month, President Obama and Congress agreed to a two-year budget. The budget increases Federal discretionary spending by $80 billion over the two year period, which will be equally divided between defense and domestic programs. The agreement also suspends the debt ceiling through March 2017.

The budget agreement only establishes spending levels. Congress must still approve an omnibus bill to authorize spending for the next two years. The omnibus bill must be signed into law by December 11, 2015 in order to prevent a government shutdown.

The budget agreement is consequential for the grants community. Federal awarding agencies will know the extent of available funding for grant programs well in advance of grant competitions. This will enable agencies to begin the pre-award phase for grants programs earlier than in past years.

The two-year budget also removes some uncertainties for grant recipients. Recipients with continuing awards will have a better grasp of how much funding might be available in future years, which should make budgeting and program planning easier. Additionally, after years of sequestration, increased funding for grant programs will improve success rates for applicants.

The budget agreement has renewed discussions for adopting a two-year budget cycle for the Federal government. Senator Mike Enzi (R-WY) has introduced bipartisan legislation that would create a biennial budget cycle for Federal domestic spending. However, even with this year’s agreement, Congressional approval of the legislation seems remote. In a recent interview with Federal News Radio, Senator Johnny Isakson (R-GA), a co-sponsor of the legislation, indicated that convincing members of Congress to change the budget cycle is a challenge.