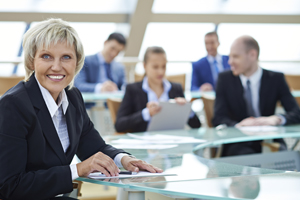 COR Competencies: The Art of Working Smarter, Not Harder for the Contracting Officer’s Representative

Being a Contracting Officer’s Representative (COR) is one of the hardest jobs in Federal government contracting. As a COR, you not only have to be knowledgeable of the technical aspects of the requirement – you also have to be able to interpret the language of the contract. Not only must you have a thorough understanding of the government’s requirements – you must also be able to discern whether the contractor’s performance will deliver those requirements.  Moreover, while you are often the most aware of everything going on with the contract, you typically don’t possess the authority to make decisions about anything regarding the contract.

As a COR, you may feel empowered, yet powerless at the same time, in a position that is often, let’s face it … an additional duty. In the face of such contradictions, the best solution is unfortunately an oft-used cliché: “Work smarter, not harder.”

I know. You’ve heard this phrase many times throughout your life. You’ve most likely even used it. Yet, did you know this phrase was coined in the 1930’s by an industrial engineer named Allan “Mogy” Mogensen?

Mogy was the father of work simplification, and he believed in empowering the overseers of processes. Those who ensure that the work required is being performed in the most efficient manner, and in accordance with the required specifications. He called such individuals the “treasured resources” in continuous improvement. Mogy believed in the power of what the government contracting community calls CORs!

As a COR, you are the treasured resource on the acquisition team. As the individual with the most knowledge of the actual requirement, an understanding of the contract language, and an awareness of the day-to-day situation, you are the most vital factor to the successful performance of the contract. For that reason, it is important that you are always improving your skills. By continuously improving your skills, you will be better equipped to determine the best way to work smarter, not harder. I like to think of it as developing COR competencies. Apparently, so does the Federal Acquisition Institute and the Department of Defense, as they have developed guidelines for the development of basic COR competencies based on a COR’s experience level and the type of project the COR is assigned to oversee.

So how do you develop these COR competencies?

During preaward, it is important for the COR to understand how to: (1) conduct market research; (2) develop an independent government cost estimate; and (3) write performance work statements. Being proficient in these three areas will enable you to develop and draft requirements that require less oversight in the later stages. Preaward skills are the first step in working smarter, not harder!

As we progress along the contract lifecycle past preaward, we come to the award stage, where it is important for the COR to have an understanding of the following: (1) cost and price analysis; (2) source selections; and (3) best value tradeoffs. These skills allow you to assist the contracting officer in selecting the best contractor for your requirement. Having an awesome contractor can significantly decrease the amount of effort required of you after award!

Finally, once the award is made, you enter the postaward stage, where monitoring and compliance are crucial. This where the bulk of your duties as a COR come into play. Depending on the type of contracting you are working on, you may need to understand how to do one or more of the following: (1) administer cost-reimbursement contracts; (2) make changes to the contract; (3) process contract claims, or construction claims; (4) ensure compliance with Service Contract Labor Statutes; or (5) place task orders and delivery orders. But, most importantly, you must be able to evaluate the contractor’s performance. As the contracting officer’s eyes and ears on the ground, the success of the contract depends highly on your ability to ensure the contractor’s performance is in accordance with the contract requirements.

As a COR, you are the treasured resource on the acquisition team, and as such, it is important that you continuously develop your COR competencies. While his best known quote was the cliché we often hear, Mogy was also quoted as saying: “The person doing the job knows far more than anyone else as to the best way of doing that job, and therefore is the one person best fitted to improve it.”

No one knows the work of the COR better than you do. After all, it’s your job; and, it’s one of the hardest ones out there. But by improving yourself, you can simplify the entire contracting process, making your job, and everyone else’s, that much easier. That’s what Mogy meant back in the 1930s when he said to “work smarter, not harder.” And, it means as much for you as a COR today, as it did for Mogy’s workers back then!