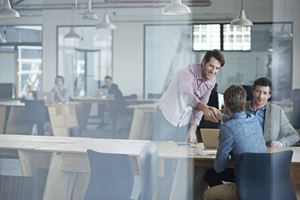 Why is emotional intelligence so important for teams? Quite frankly, organizations need teams to get the work done. Historically, the most consistent and effective efforts come from groups of people who over time developed trust, group identity, and efficacy to become teams.

Who has the responsibility of building the emotionally intelligent team? One might argue the responsibility rests with individuals with the positional authority and influence to translate the organizational vision into goals and objectives for the team to achieve. Why then, is such disproportionate effort placed on getting the “right individuals” on the team? Despite best efforts – including a thorough vetting process with specific criteria, a comprehensive list of qualifications, responsibilities, and the validation of an internal interview board, hiring managers select new hires that on paper appear to be the best candidate, yet often don’t work out as originally planned. Anyone can look good in a party of one, but the proving ground of emotional intelligence can best be validated within the context of interpersonal relationships. An individual effectively modeling emotional intelligence has the powerful combination of self-management and the ability to relate to others. They figure out how to strike just the right balance of independence and interdependence within a team. Numerous studies indicate teams are more effective when they are able to foster participation, cooperation, and collaboration among team members.

Given what we know about the importance of high performing teams and the investment of time, energy, and commitment it takes to sustain them, the nature of efforts used to source new team members could substantially shift. What if hiring managers, continued their due diligence during the hiring process, but added the focus of long term team impact to the list of criteria? The shift of perspective has the potential to affirm the value of the existing team, and challenge the new hire to deliver individual achievement and viable team contribution.

Here are a few questions, managers can consider as they build and sustain an emotionally intelligent team:

Managers can advance the cause of emotional intelligent teams, with thoughtful consideration, one team member at a time.