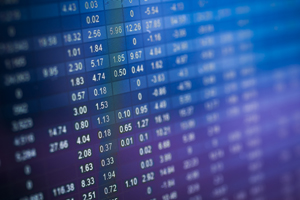 The standards are set for government data. The end of this summer marks a significant milestone achievement in the push for the Federal government to make more data-driven decisions.

On August 31st, the Office of Management and Budget (OMB) and the Department of the Treasury announced that they have officially finalized the 57 standard data definitions written in support of the Digital Accountability and Transparency Act of 2014 (known as the DATA Act). This follows the initial standards rollout from last May.

These standards aim to support the government’s initiatives to improve the quality, consistency, and transparency of data reported on USAspending.gov. Of course, as stated in the standards announcement, “the power of Federal spending data is only as strong as the utility of that data.”

Here are three ways these data standards will support the government in making data-driven decisions:

Current legislation already requires government agencies to collect and report spending information. However, until now, how the information was collected, stored, and formatted was not legislated. Today, much of this information is effectively stored in silos with each department, agency, and program using separate reporting systems and databases for their various types of data from budget information to contract spending.

With agencies reporting their data using the same format and system as all other government agencies, the government will be able to speak a common language. What’s more, agencies will be able to access and understand each other’s data. There will be consistency in how agencies are looking at data. This will position agencies to make the best use of all the data they now have at their fingertips. For example, an agency can compare their project plan with data from other agencies that have conducted similar projects to help inform budget estimates, schedules, anticipating risks and results, and more.

Standardizing how government reports spending data will provide a better degree of clarity for reviewing the data. It will also enable agencies to access new and better tools for analyzing the information in order to best understand the complete picture of what they are doing and how it aligns with policy goals. With that in mind, agencies will find they are able to improve the accuracy of predicting their results for syncing their planning to department and administration goals.

And these are just a handful of the possibilities! It’s exciting to think where the government could be—not to mention interested parties like taxpayers, grant recipients, and businesses that rely on this information—two years from now when all government agencies are expected to have adopted the standards for their financial reporting.

What do you think the future holds for government decision making given these new DATA Act standards? Share your thoughts in the comments and be sure to subscribe to Perspectives for more analytics blog posts!