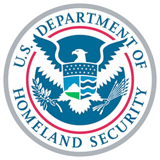 The Ask the CHCO interview with the Department of Homeland Security’s Catherine Emerson served as a reminder to me as how it was to work at DHS, because I had worked there prior to joining Management Concepts. I can vouch for the dedication that many DHS employees have to their missions. I can also attest that the uncertainty associated with long-term and frequent vacancies, not to mention re-organizations and shutdown preparations, wears even the most dedicated employees down.

In good news, Ms. Emerson and her team are dedicated tackling these issues. Given the breadth of DHS’ mission, I would not expect her to solve everything at once. Instead, her strategy seems to initially focus on filling critical gaps, namely in cybersecurity and leadership.

Cybersecurity – Focus on the Future
Ms. Emerson has a keen sense that not only does DHS need more cybersecurity professionals; it also needs to constantly refresh its ranks with new talent. While she didn’t say it directly, Ms. Emerson has an understanding that the career lifecycle (yes, plural) of young technologists and policy makers does not often result in 40 years with the same agency, but are instead multiple lifecycles. At DHS, Ms. Emerson is starting this multiple lifecycle by providing people with initial professional experience through its cyber student volunteer program. Ms. Emerson hopes theses students go back to their schools, spread the word about their positive, real-world experience, and then come back to the Department. In addition, DHS reaches out to higher education institutions as well as high schools to promote the benefits of working in the cybersecurity sector at a Federal agency.

The lifecycle continues through the constant recruiting of individuals with the right technical and policy expertise in cybersecurity into the professional ranks throughout the agency. Ms. Emerson was up front with the greatest challenge to attracting the workforce: DHS cannot match the market pay available in the private sector. With that in mind, Ms. Emerson and her team work to make these openings as attractive as possible. This includes creating job opportunities that will provide individuals with three to five years’ experience that will support their next move to another agency or to the private sector. Over the long-term, this approach could result in “prestige posts” similar to those we heard about from the NSF’s Dr. Turnow.

Leadership Development
Ms. Emerson is herself an example of the efforts to stabilize the leadership ranks within DHS. Ms. Emerson is the first non-politically appointed person to hold the position of CHCO at DHS. While I personally know individuals who have been with the Department since it was formed, I know just as many who burned out prior to reaching the SES ranks. DHS must find ways to convince more of its talent to stay.

One way the Department is addressing this issue is by building opportunities for individuals within the SES rank, as well as GS-15s, to connect as individuals across the enterprise. Those entering the Executive Service are now paired with an experienced peer-mentor, often outside of their chain of command. GS-15s participating in the SES Career Development Program (SESCDP) recently expanded to include the whole agency, including complete rotations in other agencies within the Department. SESCDP participants benefit from being part of a cohort of high-performing individuals going through similar challenges. I personally appreciate these particular efforts because it not only recognizes the benefits of mentoring and stretch projects, it should also help these leaders grow their networks well beyond their comfort zones. DHS leaders must by the very nature of their assigned missions have strong collaboration, networking, and communication capabilities to succeed. This could be an agent working the field with local law enforcement to a FEMA grant program manager working with the subject-matter expert component in developing funding opportunities.

Related to these leadership development issues is Ms. Emerson’s work through the CHCO Council to increase the hiring of women veterans to government positions. DHS has been especially strong in promoting the use of veteran’s preference in its hiring practices. By all means, this is an important means of supporting those who have served honorably. However, if you pull apart some of the statistics, a bit, you might realize that the government may have caused what could be a long-term externality in terms of gender diversity. Ms. Emerson stated that 31% of new hires to the Executive Branch are veterans. She also stated that approximately 15% of active duty service members are women, many of whom serve in intelligence and law enforcement roles. If we assume that the full proportion of women are represented in that 31% of new hires, that means that less than 5% are female veterans. For an agency like DHS, maximizing the recruitment of women veterans is a natural effort to fill its ranks.

I’ve only scratched the surface of the full spectrum of challenges faced by Ms. Emerson in her role as the DHS CHCO. Let’s not forget that bringing together 22 agencies and components under one umbrella is a really, really long-term project. My hat’s off to Ms. Emerson and those who continue their dedication to their missions.