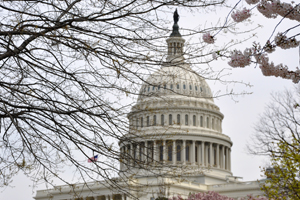 Anyone associated with government IT acquisitions, project management, or systems operation is likely to be familiar with the recently passed (Dec. 19, 2014) Federal Information Technology Acquisition Reform Act (FITARA). This overhaul of the IT acquisition and oversight for most Federal agencies and departments is the largest action signed into law since the 1996 Clinger-Cohen Act. There are many opinions and summaries of the FITARA’s requirements and stipulations, we are only going to discuss its potential benefits and possible implementation roadblocks in this post.

Most recently, the Office of Management and Budget (OMB) issued its final implementation guidance for FITARA on June 10, 2015 which lists its objectives, scope, resources, and recommendations for agency implementations. The most significant recommendation is on the implementation of FITARA’s ‘Common Baseline’ which modifies the roles and responsibilities of agencies’ senior management positions (CXOs) related to the acquisition, management, and oversight of each agency’s IT assets and resources. The most dramatic change is the largely expanded role of the agency’s Chief Information Officer (CIO) in all aspects of the agency’s IT budget and acquisition processes.

Additionally, OMB recommends actions on several other fronts, such as continued support and implementation of the Federal Data Center Consolidation Initiative (FDCCI) to further reduce the number of government data centers and hubs. The technical aspects of the OMB’s guidance can be discovered in the referenced OMB memorandum of June 10, 2015.

These enhancements and additions to the agency CIO position can provide the potential benefits of establishing an enterprise-wide perspective of the agency’s acquisition, development, and deployment of IT resources and assets – as opposed to the somewhat fractured perspective now evidenced by the more than 250 CIO positions currently in place in the top 26 agencies. For example, a recent GAO study revealed that only two of 24 agencies have a current inventory of their software licenses from an enterprise viewpoint!

Another possible benefit will be the partnerships between other agency ‘C-level’ executives such as the Chief Financial Officer (CFO) and Chief Acquisitions Officer (CAO), and the agency’s CIO. Together they will collaborate on the planning, acquisition, and budgeting of IT assets and resources. This will be accomplished through the implementation of a ‘Common Baseline’ which defines new roles and responsibilities along with standard agency reporting on the success of implementations by Federal agencies to both OMB and the agency’s Chief Executive.

While these benefits and improvements are laudable and hopefully achievable, FITARA, due to the wording and ambiguity of its provisions, has the possibility of spawning several significant issues and roadblocks that can ONLY be addressed by the Agency’s Chief Executive.

Thus, there is potential for turf battle over the IT budget between the CFO, CAO and newly empowered CIO. It is very possible that these well-established senior management positions may consider the provisions to include the CIO in the ‘management, governance and oversight processes related to IT’ as an imposition on their existing budgetary oversight. Each agency Chief Executive will have to resolve any such in-fighting or else FITARA could become just another legislative ‘flavor of the month’ without real impact or significance.

FITARA can therefore be either improvement or result in an impasse depending on each agency’s implementation of the law. From my 40+ years of experience in dealing with all levels of government IT programs and policies, I include the following suggestions that may ease the implementation of and help Agencies derive the maximum benefits from FITARA:

In my next post, I will discuss some of the more specific IT initiatives that Federal agencies can take that will both improve and streamline their IT acquisitions and deployment of innovative technology solutions, towards the goal of enhancing the acquisitions and management of their IT assets.