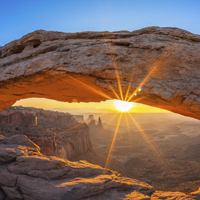 In case you missed it, last week’s “Ask the CHCO” segment on Federal News Radio featured an interview with Mary Pletcher, the Department of Interior’s Acting Deputy Assistant Secretary for Human Capital and Diversity. Since assuming her role in 2013, Ms. Pletcher has focused on a variety of efforts to support Interior’s goal to develop a 21st century workforce. Ms. Pletcher has her work cut out for her given the Department’s large geographic reach, broad mission, and the number of diverse occupations within Interior’s workforce.

Did you know that Interior operates 10 bureaus across 2,400 locations with a staff of more than 70,000 (permanent and seasonal) employees in 330 different occupations?

If you’ve visited a national park lately or have plans to pack up the family for such a trip this summer, take note of a few more impressive statistics. In 2013, the Department of Interior’s operations:

Ms. Pletcher poignantly noted that the Department of Interior “preserves and tells the American story.”  Successfully continuing as the steward of our vast, unique natural and cultural resources and many national icons will require Interior to have an exceptional workforce: one Interior hopes to build through focused employee engagement and recruitment efforts, rolling out a phased retirement plan, and mentoring employees at all levels.

Given the great differences in physical work locations and the wide variety of work Interior employees carry out, the Department must rely heavily on its managers and leaders to monitor and devise steps to improve engagement. Like all Federal agencies, their Federal Employee Viewpoint Survey results matter, and Ms. Pletcher believes the variety of methods they’ve developed to enhance engagement at the bureau level are paying off. Feedback is gathered and important information is delivered to Interior employees across the country through in-person and virtual town hall meetings, virtual idea boards and labs, and pulse surveys.

We know a workforce reflective of the diversity of the nation is the Department’s greatest asset. -Mary Pletcher

Staffing to Preserve the American Story

One of Ms. Pletcher’s current challenges is establishing a phased retirement system. In the next five years, 40% of the Department’s workforce—nearly 20,000 employees—will be eligible for retirement. While their phased retirement program is still in the works, Interior is taking clear steps to recruit millennials through their Engaging the Next Generation priority. Ms. Pletcher and her team understand that this generation of future leaders is large, diverse, and more urban-focused, and that they can play a key role in educating millennials about Interior’s mission and the value of public service. In addition to offering a variety of youth recreation, education, and volunteer programs, Interior is poised to create 100,000 job opportunities for youth and veterans. Interestingly, Interior has the ability to convert a proportion of seasonal and part-time workers into permanent Federal positions across its locations, giving them a unique tool to build their talent pipeline.

Mission diversity also presents a management challenge for the Department of Interior. Because they operate through thousands of locations, many of which are remote or comprised of a small staff, growing the Department’s future leaders is highly dependent on formal and informal mentoring. Ms. Pletcher explained how she has personally benefitted from mentoring throughout her journey to the Department of Interior, and noted that mentoring occurs across many levels of the Department. Most recently, Interior established an SES Candidate Development Program (SESCDP) that includes a large mentoring component designed to pair each high-potential leader enrolled in the program with a current SES level leader. Mentors and mentees are paired based on the SESCDP participant’s development goals and current SES leaders’ leadership strengths.

If you find yourself enjoying a national park this summer, make a point to chat with a park ranger, guide, or biologist. You might be surprised by what you learn.