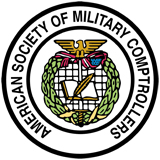 We recently attended the American Society of Military Comptroller (ASMC) Professional Development Institute (PDI) in New Orleans where we hosted a booth as well as had several of our instructors deliver mini-courses and workshops. This year’s event was kicked off with a Welcome Reception at the WWII Museum and showcased Tom Hanks’ film production of “Beyond All Boundaries.” The reception was a fantastic way to bring all attendees together and honor our veterans.

The DoD FM Certification Program is well underway and is making progress, slowly but surely! All 53,000 estimated Financial Managers in DoD fall under the program yet only a little more than 3,000 have attained the appropriate certification level for their respective jobs after one year.

Our instructors delivered five separate sessions over the three-day event:

Key takeaways from other sessions at the event included:

Once again ASMC hosted a stellar event in which there was ample time for networking, expert speakers, mini-courses that apply towards the DoD FM Certification, and workshops to discuss key topics and solicit feedback. Keep up the great work, ASMC. We are looking forward to next year in Orlando!