Categories Menu
Home » Leadership » Recruiting the Next Generation of Feds 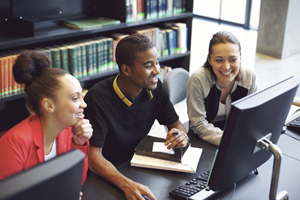 Recruiting the Next Generation of Feds

Over the past several weeks, we’ve heard from a number of Federal leaders through our sponsored “Ask the CHCO” series on Federal News Radio about the work going on to recruit, retain, and engage Federal workers. CHCOs from USAID, FLRA, and HHS have shared best practices and initiatives to improve the Federal employment experience. Much attention is being paid to retaining and engaging Federal workers, as shortages in mission critical skills suggest that a renewed focus on attracting high performing, highly skilled individual to Federal service is needed. Fortunately, it won’t take major reforms to the Federal hiring process to begin the process of attracting high performers, particularly Millennials, to the Federal government. Here are a few easy steps you can take to begin building a pipeline of promising future employees:

As of the 4th quarter of 2014, the share of the Federal workforce under 30 was around 8%, despite the fact that in 2015, this demographic will become the majority in the U.S. workforce. As OPM works on major initiatives to diversify and build the Federal workforce, individual agencies can, and should, take steps of their own to improve their talent pipeline and attract the next generation of Federal workers.