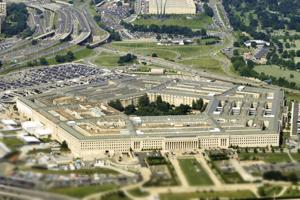 GAO held its Annual Appropriations Law Forum on March 12, 2015 to coincide with the publication of the annual update of the third edition of Principles of Federal Appropriations Law (Red Book). The session for invited agency fiscal lawyers only included an overview of what it considered significant decisions issued in 2014, with panel discussions on donations, gifts, and free services; and an important legal opinion regarding the obligation of military bonuses. The electronic update, as you may recall, is a cumulative effort of changes encompassing now 215 pages (Seven additional pages from last year.)

Probably the most intriguing and impactful appropriations law decision (referenced above) of the 12 issued this past year responded to a Congressional request regarding obligation timing of bonuses under military service agreements. The Chairman of the House Appropriations Committee wanted to know about the obligational practice for certain recruiting and retention bonuses. DoD components offer these bonuses in various agreements with individuals in exchange for terms of military service. DoD generally pays the bonuses in installments over a number of years and obligates them at the same time.

DoD offers these bonuses to individuals via a written agreement. For example, DoD offers retention bonuses to certain medical officers. The medical officer agrees to “remain on active duty in the Air Force Medical Service (AFMS) Medical Corps (MC) for a minimum of one, two, three, or four consecutive years” and to “possess a current and valid license . . . for the duration of the contract.” In exchange, the medical officer receives a defined bonus “paid annually upon execution of this contract and its subsequent anniversary dates as applicable and specified in the current pay plan.”

In conclusion, an agency should record its total obligation against funds available at the time the agreement is executed. If the amount of the obligation is outside of the control of the government, then the government should obligate funds to cover the maximum amount of its liability. Under the recording statute and the Antideficiency Act, DoD must record an obligation reflecting the full bonus amount when it executes these military service agreements. GAO added DoD should change its obligational practices in accordance with these requirements and update its financial management regulations.

What will be interesting is to see how long it takes and if DoD complies with this ruling. As you know, DoD by its own Financial Management Regulations believes it can make its own advance decisions with regard to appropriations law. I don’t think the House Appropriations Committee would agree since they rely on GAO opinions so stay tuned and we will watch how this plays out. Much current obligational authority is at stake!!