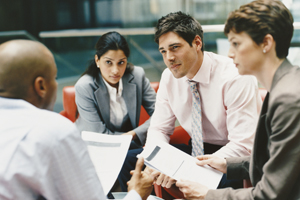 Holacracy and Coaching and Being A Manager

Late last month I had the pleasure of attending and presenting at the Human Capital Institute’s Summit in Orlando. The keynote speaker – David Novak, Executive Chairman of Yum! Brands – spoke at length about leadership, engagement, and the importance of people. One point in particular that he made reinforced a trend that I’ve been watching for a while. Novak’s point was that the supervisor role has changed. It’s not in the process of changing or about to change. It has already changed.

In the past, the supervisor was an overseer whose primary role was to assign tasks, ensure attendance, and conduct annual performance reviews and other administrative functions. We now have strong evidence that this approach was less than effective. Research by the Society for Human Resource Management (SHRM) and Deloitte finds that a small percentage of organizations regard their traditional performance management systems as effective.

Today, the supervisor is a coach who, much like a sports coach, motivates employees to achieve high performance. Today’s supervisor doesn’t have all the answers to give to employees; instead, they help guide their employees to find the answer on their own. As a result, employees are empowered, have a sense of ownership, and are engaged in their work.

A few days after the conference, I learned that Tony Hsieh of Zappos issued an ultimatum to his workforce in the form of a long memo: Adopt Holacracy or quit. According to Hsieh, Zappos had been operating partly under holacracy and partly under a more traditional management style. The company will now fully transition to holacracy as its form of management.

What is holacracy? It is self-organization and self-management. Supervisors no longer exist. Structure and hierarchy still exist, but traditional pyramid structures are replaced with a set of interlocking structures and processes that inform how teams are set up and how decisions get made. In a holacracy, roles may exist for a short period of time and then are discarded when no longer needed. The focus of the company is on creating fluid structures, roles, and processes that can be rapidly transformed and adapted.

This does not necessarily mean that traditional management tasks have gone away. Rather, these tasks are spread more widely across the organization. More room exists for leadership among every contributor. You can read more about holacracy, including the Holacracy Constitution, at an organization called Holacracy One.

Holacracies take the “supervisor as coach” idea and push it to the extreme. In a self-managed organization, different people might coach others on certain aspects of the work, depending on the individual’s goals, skills, and expertise. So, coaching is not a permanent role so much as a set of behaviors that anyone in the organization can use.

Not every organization is ready to transform itself overnight into a holacracy. But, supervisors as well as others can learn coaching skills to help their organizations become more performance-focused. In their book Anytime Coaching, Teresa Wedding Kloster and Wendy Sherwin Swire identify coaching behaviors that managers can learn, including the following:

By building your skills around some of these coaching skills, you can expand your leadership skill set while helping your organization be better prepared to effectively manage employees!