Categories Menu
Home » Acquisition » When is an RFI not an RFI?

Posted by Management Concepts on Apr 9, 2015 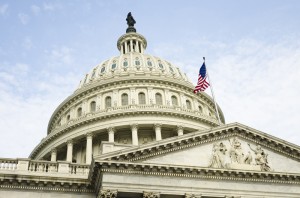 When is an RFI not an RFI?

What was once thought to be a rare aberration was revealed at a recent government-industry conference to be a more widespread phenomenon. During the question and answer period in one session on market intelligence, vendors pointed out what may be a disturbing trend: in at least two major agencies, the government is restricting all communication with industry after issuing Requests for Information (RFIs) but before release of the actual solicitation unless it through the contracting officer. This is concerning. Here’s why:

FAR 15.201, Exchanges with industry before receipt of proposals, specifically calls out the RFI as a tool meant to “promote early exchanges of information.” It clearly states that RFIs are issued in order to obtain price, delivery, and other market information for planning purposes and cannot in any way form a binding contract. There’s not even a required format for RFIs or the responses. Further, it explicitly states that the contracting officer should be the focal point of communication after release of the solicitation. Until then, other members of the acquisition team may have exchanges with industry and vice versa.

To its credit, OFPP also has worked to promote more open communications with industry. In its 2011 memo “’Myth-Busting’: Addressing Misconceptions to Improve Communication with Industry during the Acquisition Process,” OFPP suggests issuing an RFI to “make sure the government not only understands the capabilities of industry, but can develop or improve its acquisition strategy regarding contract type, performance requirements, performance work statements, and performance metrics.” Nowhere is communication with industry discouraged, limited, or prohibited during the RFI stage. OFPP doubled down on this in 2012’s “Myth-Busting 2,” spelling out to agencies that RFIs are a “part of the market research to investigate the industry and marketplace in accordance with FAR Part 10.”

Not only is it a bad—and potentially harmful—practice to restrict communications with industry during the RFI market research stage, it goes against specific guidance and regulation. Pre-solicitation information gathering and communication are vital parts of the acquisition planning process. They are paramount to building good requirements and achieving good outcomes. So why are many government professionals prone to restrict open communication with industry prior to releasing the solicitation? Look no further than misinformation and the risk-averse culture that continues to plague the Federal acquisition workforce. The calls to reform how the Federal acquisition workforce is prepared to do its work have been getting louder. It’s easy enough to read about the need for reform and move on. But it’s when you witness first-hand a risk-averse culture failing to see the benefits of government/industry communications on the outcome of an acquisition that the need for a cultural paradigm shift hits home.

Nothing will change until culture changes.