Categories Menu
Home » Acquisition » The Struggle to Improve IT Acquisition 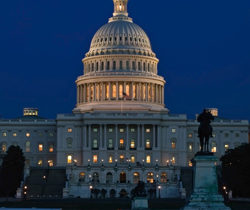 The Struggle to Improve IT Acquisition

The Federal government wastes about half of the $80 billion per year it spends on IT. Agencies spend, on average, seven times more on IT per employee than their counterparts in the private sector. These alarming figures come out of a recent report from the International Association of Information Technology Asset Managers (IAITAM), which criticizes the Federal government’s unreasonably high spending on IT. The report says that, on average, private sector companies spend under $5,000 per employee on IT; while on the Federal side, the report shows that agencies average about $36,000 per employee. The Department of Education stuck out for dropping $168,000 per employee on IT.

While you can question the usefulness of the spending-to-employee metric (as some do) or debate the percentage of IT spending that actually constitutes “waste,” no one is making the argument that the Federal government currently handles its IT portfolio well. IAITAM is merely making the case for a comprehensive top-level inventory/asset management program. But The Government Accountability Office (GAO) just recently acknowledged something else we already knew: that the front end is broken. In February, GAO placed IT acquisition on its “high-risk list” alongside other major Federal programs that need fixing. This isn’t new and the reformers have been at work.

At the end of last year, Congress finally passed the Federal Information Technology Acquisition Reform Act (FITARA) as part of the 2015 NDAA, essentially reforming the Federal CIO position to take on program and budget authority over agency IT portfolios. This is no small move and experts on the government and commercial sides have responded to the reform as a positive step. The Office of Management and Budget (OMB) has not wasted time implementing the new law by working with CIOs; it’s also taken the lead on spearheading other efforts to modernize outmoded IT procurement functions. Three months ago, Office of Federal Procurement Policy (OFPP) Administrator Anne Rung was pointing the way forward through category management, workforce improvement, and vendor relations.

Earlier this month, Rung checked in again, saying in a speech that she’s pleased with the progress on those fronts, noting that “we’re doing our deepest dive on IT.” Category management development continues apace, and OMB expects to bring on new hires to manage the IT category, she said. One new software application expected to deploy in coming weeks is Acquisition360, a feedback tool allowing agencies to identify weaknesses in their own acquisition processes through user reviews; Jason Miller over at Federal News Radio calls it the Yelp for government acquisition. Agile development remains a fixture in revamped IT acquisition approaches, and Rung pointed out that the U.S. Digital Service and the General Services Administration (GSA) are developing trial programs to implement the methods governmentwide. She’s also planning to engage with the Federal acquisition workforce in new ways: through a series of podcasts on the TechFAR Handbook and Digital Services Playbook, and a series of discussions with personnel on existing practices.

Reflecting Rung’s “deep dive” sentiment that officials are investing the time to get the IT portions of reform right, the Federal Acquisition Institute is still working on its FAC-C Core-Plus Specialized Certifications, originally due out by the end of last year. FAI is expected to lay out specialized certification tracks for level II and level III contracting professionals performing specialized functions, most notably complicated technology buys. These tracks are still under development but will be recapped here once released.