Categories Menu
Home » Acquisition » Strategic sourcing — Where Are We Today? 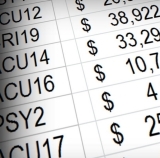 Strategic sourcing — Where Are We Today?

It was two years ago that strategic sourcing became a “thing” again in Federal acquisition. In a watershed moment for Federal strategic sourcing, GAO’s report from October 2012 said that across the board, Federal agencies were only leveraging a fraction of their buying power—leaving as much as $50 billion per year in potential cost savings on the table. The biggest spenders in government—DoD, DHS, Energy, VA—were only managing about five percent of their portfolio through strategic sourcing efforts. Following that report, in December 2012, OMB established “a broad strategic sourcing initiative to ensure that all agencies manage their acquisitions effectively and that, wherever possible, agencies join together to negotiate the best deal for the taxpayer.”

That memo required agencies to designate senior-level strategic sourcing accountable officials, and established an interagency Strategic Sourcing Leadership Council that would expand on existing opportunities to achieve cost savings and “lead the government’s efforts to increase the use of governmentwide management and sourcing of goods and services.” The memo also tasked GSA with establishing new governmentwide strategic sourcing initiatives, out of which grew the Federal Strategic Sourcing Initiative, the governmentwide effort to bring agencies together to “develop innovative sourcing strategies for a set of commonly acquired goods and services.”

It should be noted that current efforts are being assumed largely under a supply view, not a demand view. To wit, prices can be driven down through strategically sourcing services, supplies, etc. These savings pale in comparison, however, to the savings that can be achieved when demand is more accurately assessed. For example, an agency can achieve savings through strategically sourcing, say, smart phones for its workforce. But those savings pale in comparison if the agency properly assessed its actual need for those smart phones and found that only about half its work force needed them. The remaining phones can then be bought under strategic sourcing principles.

Getting started has been slow-going for Federal agencies, as is to be expected with any large-scale cultural shift in government. And prioritizing strategic sourcing as a buying approach is just that: a “cultural change,” complete with all the baggage that comes with it. There has been progress, setbacks, success stories, protests, cost savings, and concerns. As the Federal acquisition framework aims to institutionalize strategic sourcing principles and practices, it will do so in fits and bursts, large bumps and small victories.

GAO reported to Congress in the summer of 2013 that DoD had begun ramping up additional resources to support new strategic sourcing efforts, and that the VA was moving toward measuring the dollars it was spending on contracts that were strategically sourced, as well as looking for new initiatives. Indeed, many agencies have already moved to set up centralized strategic sourcing launch pads to inform and assist sub-agencies, programs, and individuals. DoD, government’s biggest spender for example, has set up its own page to coordinate components, “foster a culture of strategic decision-making,” increase enterprise-wide awareness, as well as train organizations and individuals how to effectively execute strategic sourcing initiatives. For its part, GSA already has in place robust strategic sourcing mechanisms for such categories as delivery services, maintenance, office supplies, and information services.

But the gains are not without their detractors. Congress took notice last summer of the growing number of bid protests from small businesses against the Federal strategic sourcing initiative and have ordered GAO to report on strategic sourcing’s effect on small business. The concern is that consolidating larger contracts with a number of prime contract holders—many of which are small business—into a few blanket purchase agreements can make it hard for small businesses to compete. While moves like these can save government contracting dollars, critics argue, they don’t always result in the best result for the economy—which relies on jobs and small business involvement. Agencies need to address this by working with stakeholders early on to ensure small business participation.

Then there’s the issue of quality: A recent column by Roger Waldron in Federal Times questions the effect of one of the FSSI’s newest tools—the Prices Paid Portal—which aims to collect and distribute transactional data across government. The result, he fears, is resulting in a new “Low Price Regardless” model. The problem with this, he points out, is that price is just one data point. “Price alone is incomplete data. In order to effectively understand pricing, one must have access to and understand the underlying terms and conditions, contract commitments, market and economic forces that drive pricing,” he writes.  The long-term consequences of this approach are dwindling innovation and commercial presence in the Federal market, less opportunity for small business, and an overall reduction in best value products and services for Federal agencies. He also says that adopting this particular FSSI process may even run counter to the FAR, but no more spoilers here: seriously, if you haven’t already, go read his column.

Finally, and perhaps most fundamentally, is the aforementioned culture change needed for Federal organizations—and their managers—to successfully embrace and adopt strategic sourcing. In many sectors, there is simply a lack of stakeholder buy-in. It’s not the process holding up wider adoption of strategically sourcing commonly-acquired goods and services. It’s a cultural resistance to the fundamental idea. Those with the money simply don’t want to cede control of what they’re buying. The planning process needs to be flushed out with everyone involved; stakeholder buy-in must be sought and delivered before the first line-item is defined. There must be an established trust that the system will deliver what’s promised. If this is starting to sound like a strategic sourcing teambuilding retreat, you can imagine what the first activity will be.