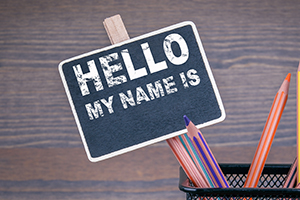 Recently, Management Concepts released Federal HR Trends in FY14, our take on the five trends we believe will shape the Federal human resources and human capital space in the coming year.

I recently participated in a Twitter chat session that included a question about whether an MBA or an MS in HR was more useful to an HR professional. My response, which was seen as controversial by some, was that it depends on you intended career path (I also believe HR needs more diverse career paths instead of ladders, but more about that later). If you want to be a strategic HRBP, then it’s an MBA. I have literally put my money where my mouth is on that recommendation, having pursued an MBA instead of an MS HR because I wanted to provide broader strategic value to the business. On the other hand, if you want to be a senior HRG or enter an HR Center of Excellence (localized areas of in-depth HR expertise) then I would recommend an MS in HR.

Why do I see such a strong distinction? Let’s face it: HR isn’t at the table with senior leaders in the manner or frequency we would like to be. This is in part because of the bias against HR, but in a much larger part because of HR’s focus on human resources as a stand-alone function (rather than taking a systems thinking view) and lack of understanding of other areas of the organization (e.g., finance, IT, mission areas). If we, as HR professionals, want to be at the table, the change starts with our capabilities, not with the attitudes of senior executives toward HR. We need to show our value in the language of business executives.

The first step to HR’s true integration with strategic business leaders is to acknowledge the breadth of roles in HR and the differentiated skills and experience required in each role. We need bright lines, not blurred lines between HRBPs and HRGs (and I apologize to anyone who just had a flashback of Miley Cyrus twerking with a Beetlejuice-clad Robin Thicke.) Moreover, as more “HR” responsibilities are transitioned to Line Managers, there must also be a clear distinction between HR and the Line Managers themselves.

For shared understanding, let’s clarify the definition of HRBPs and HRGs for this blog. The Human Resource Business Partners (HRBPs) perform a strategic role by advising leadership on how human capital management can support larger goals and initiatives. In other words, HRBPs have a deep understanding of – and role in – determining how to achieve its mission. HRBPs also understand the fundamentals of other components of the organization, how they add value, and how they interact with HR. HRBPs view HR through a systems thinking lens.

Human Resource Generalists (HRGs) are primarily responsible for the traditional work of the HR department, like HR policy and administration, employee relations, recruitment and change management. The depth of those skills can vary depending on the size and needs of each agency, but generalists must be well-versed in all things HR and bring a breadth of knowledge and skills. Centers of Excellence provide a depth in one area of HR. For example, according to a SHRM survey, Training is the HR specialty most often delivered by a center of excellence.  Also for the sake of simplicity, when I say “business” in this article, I am referring to the mission-facing parts of your Federal organization as distinct from HR.

In many organizations, all HR Generalists consider themselves business partners. Being a business partner is cool now, right? Like floral prints for spring 2014 or “Selfie” now that it’s in the dictionary. And everyone wants to be “strategic.”  I had a defense contractor client whose VP of HR insisted ALL their HRGs were strategic HRBPs. But, does this point of view really advance the role of HRGs?  No. It undermines the work of actual HRBPs by diluting the meaning of the title.  If people are calling themselves HRBPs, but don’t actually help with strategy, senior leaders won’t perceive HRBPs as having a strategic role.  It also undermines the criticality of the skills and knowledge provided by HRGs.

The mismatch of expectations to what’s delivered negatively affects HR as a whole. At the root of this problem is the false assertion that strategic roles add more value than tactical roles and therefore that HRBPs add more value than HRGs. In general, HRBPs are higher in the organization and have more power and resources to wield, so one could (incorrectly) view that as adding more value. That does not, however, mean they create a higher ROI as human capital. To the contrary, the highest ROI from your HR organizations comes from delineating HRBPs from HRGs and COEs to maximize specialized value added by each group.

Furthermore, the rise of Human Resources Lines of Business (HRLOB) and Shared Service Centers (SCC) has transferred administrative work away from HRGs and shifted their focus to delivering critical tactical services. Tactical is valuable! Delivering tactical HR services in an efficient, effective manner that reduces risk to the organization and contributes to optimizing human capital is priceless.

From the view of many HR professionals, becoming an HRBP is a natural progression from an HRG role, requiring experience without any transformational change in skills and aptitudes (i.e., building on existing skill sets).  I would argue, however, that this assumption is part of the problem HRBPs face in gaining credibility as business experts. Instead of having an HR Career Ladder allowing for mostly vertical movement (preferably upwards, of course), organizations would benefit from a clear delineation between HR roles that creates a career path with lateral moves for upward mobility. For example, from a junior HRG role, I could aspire to a senior HRG role as a people manager, an HRBP role, or a role in a Center of Excellence. The required skills and experience should be differentiated and align with the roles.
Following the example I referenced earlier, I recommend an MS in general HR for the Senior HRG role, and MBA for the HRBP, and a specialized MS HR for the COE role. That is not to say the position should require such qualifications. One of the best HRBPs with whom I’ve ever worked was a lawyer (I guess Shakespeare was wrong about them.) The only universal recommendation I would make is to have a career path with supporting plan (e.g., your IDP) and an HR Certification, which you should keep current though training and other professional development.

As HR practitioners, we are always eager to move into more strategic roles, but it is imperative that we not lose sight of the value and career opportunities in traditional tactical roles.  As you create job descriptions, hire staff, promote, and create IDPs, be sure to create bright lines between these roles.

Are your HR roles are confused or mislabeled?  Do you think these roles can be effectively combined?  Share your thoughts in the comments!